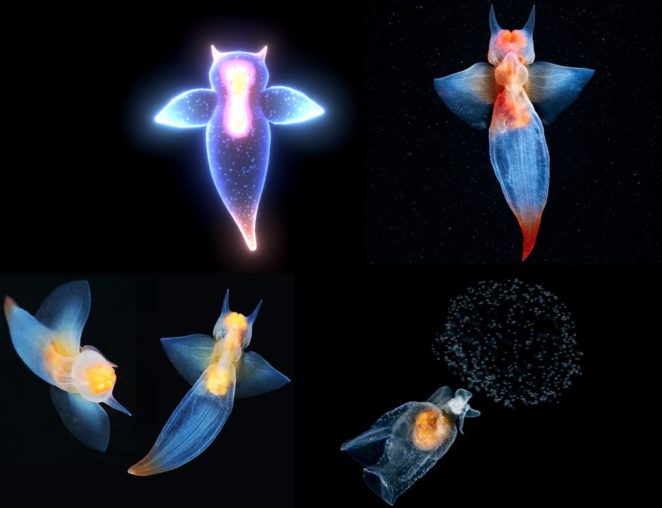 This October it was revealed that live in the Adriatic Sea. Swarms have been found on the island of Ciovo. And on the last picture shows an amazing moment of reproduction, which recorded a diver in the Maldives. They are hermaphrodites, and multiply by discharging millions of eggs that can float until they hatch from the pups. Sea Angels for Ralik from other snails have slimy foot care developed mantle with which they swim.