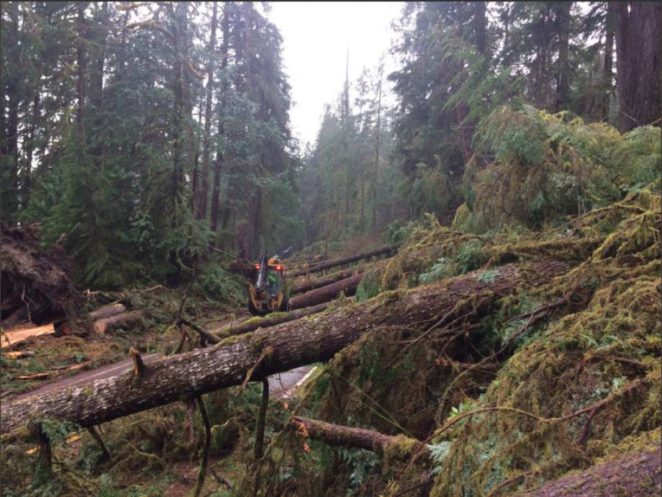 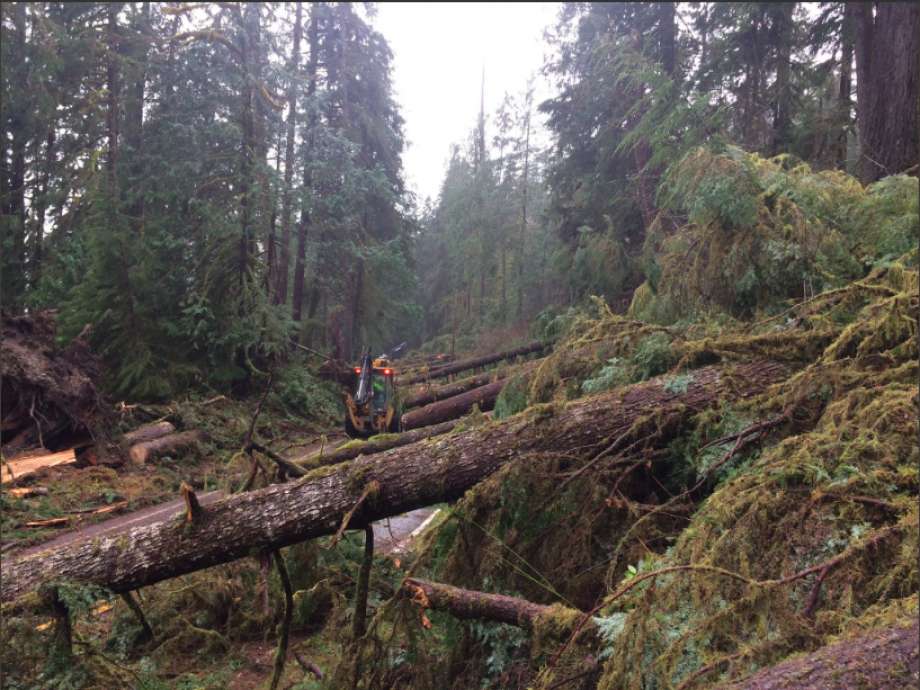 Strong and gusty winds are quite common on the Oregon coast. In fact, people who live there often consider a wind of 40 mph as a “minor blow”. Make no mistake, a 40 mph wind is substantial. However, I remember far stronger winds.

After living a majority of my life in the Southern Oregon Cascade Mountains, my wife and I moved to the coast since we both loved the ocean. We had only been there for a few months, though, when we had a major blow…strong winds, far in excess of what we were used to.

On the coast, there is nothing to prevent strong winds from blowing in off the Pacific Ocean. In this case, we saw the clouds coming in and knew that a storm was approaching. We had no idea of how strong it was going to be or what form it would take.

We weren’t especially concerned because we lived on the leeward side of the town, so the town would form something of a windbreak. However, when the storm broke, we were quite fortunate to be inside. We could hear the gale warning sirens go off, but what hit made a gale seem minor. Just before our power went off, we had the weather channel on. The winds were measured at 108 mph and they were almost certainly stronger because the wind gauge at the weather station broke from the winds at that point.

Although it was never called a hurricane or a typhoon because there was no organized center of rotation, those were at least hurricane Cat 2 winds and possibly Cat 3. Thankfully, the damage in town was minimal. Some fishing boats were pushed completely out of the water and docks were smashed. A few homes and vehicles were damaged from falling trees and some businesses had broken glass and other similar damage. At least one car was overturned and a few houses lost their rooves. One of our pine trees was blown over and across the street. All of this was minor stuff, all things considered.

However, the damage was worse north of town. Over 18 very large trees were blown over Highway 101, the main coastal highway. More trees weren’t just blown over but were actually snapped off and across the highway. Our powerlines, those supplying power to our town, were severed in several places and that resulted in no power for a couple of days. That wasn’t significant since we had a camping stove and camping gear.

I was actually impressed by how fast the road crews were able to clear the trees off the highway and in a matter of a few hours, the highway was reopened.

I’ve been thinking about that event and how scary it was. However, the winds were only somewhat more than 108 mph. Hurricane Dorian now has winds of over 185 mph and wind gusts up to 220 mph. If that had hit the Oregon coast, the devastation would have been nearly total for most of the town. It is hard to imagine wind speeds that high.

The picture I’m using is just to give an idea of what it looks like when a 108 mph wind hits the Oregon coast and knocks down or snaps trees. The picture isn’t of the Oregon coast, it is from Olympia National Park during one of their major blows. Still, this is what our wind damage looked like, except the trees in question were about 6-10 feet thick. Same destruction, just bigger trees. It is an experience I don’t want to repeat and it really brings home what the people in the Bahamas are experiencing and those of Florida are likely to face.