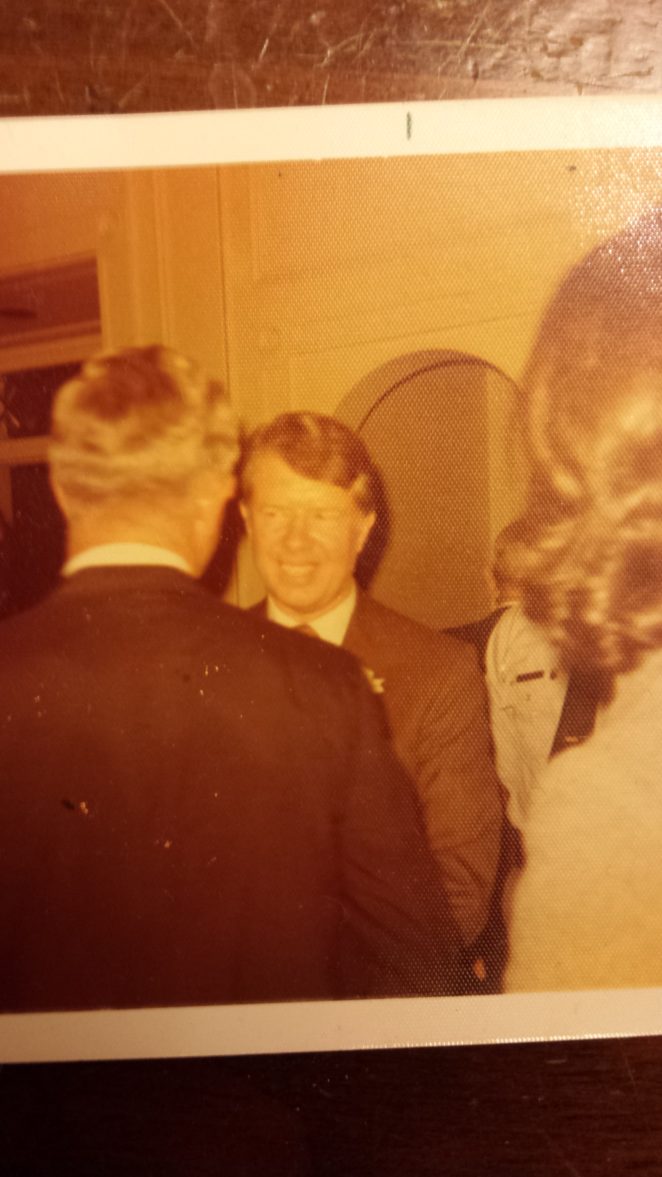 I found this photo of Jimmy Carter in my mother’s personal photos in her bedroom. I thought it was fascinating. I believe this was taken before he became President of the United States. I’m sure that he was the Governor of Georgia at his event. I have grown up with Jimmy Carter, almost literally!  He was the governor a year after I was born. A President of the United States of America while I was just starting school. I always thought he was rather awesome, because he was a Georgia farmer, growing peanuts. Raising children and living a clean, decent life.

I have been to the Jimmy Carter Presidential Library in Atlanta, Georgia. It was very impressive.  I learned later from reading one of his books, Everything to Gain: Making the Most of the Rest of Your Life written by Jimmy Carter. He began the Habit for Humanity project and created so many other projects that have helped so many people.

I am not making any political statement here. I feel like the individual is not the party, he or she is really human, infallible to mistakes, and that respect should be shown to every politician regardless of opinions. Facts stand out clearer than opinions, actions speak louder than words.