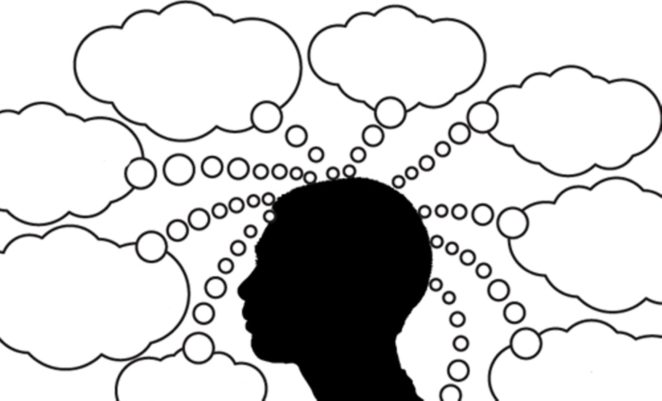 And in his mind was a loophole. Unguarded spiritually and was void of material. 3 spirits of death had just been casted out during an exorcism in a church beside his residence.

The spirits were 3 and one and their names were; Sucide, Homicide and Genocide..They saw his mind was without protection and suitable for their habitation.

They needed a host because the Ultimate rule remains .’ No spirit shall find expression on earth without an earthly form. Whether man or animal ‘ . . .So they possesed him ..

The pedigree of these ancient spiritual beings can be traced back in history. Possessing and repossessing the world’s most renowed minds because of a single loophole.

Usually a singular possesion like the case of H.H Holmes, the first serial killer in history who was possessed by the homicidal spirit, Mao Zedong of China murdered 78,000,000 people through the spirit of Genocide and Vincent Van Gogh who was manipulated by the spirit of suicide. Few however can be possesed by the three spirits, Adolf Hitler is an example.

He read extensively on the psyche of serial killers and he found profound joy in the most violent stories on the news. The spirits were taking shape in his soul and cementing a foundation. He was a gentle young man. A lover of soccer, a regular guy till he became 23.

The spirit of homicide had finally matured . A lecturer embarrassed him during a Master’s class and he had no rest afterward. He tried to forgive the lecturer but he just couldn’t, he couldn’t sleep. His hate kept growing till he decided to confront the lecturer. As he explained that he was offended and he would like an apology, the lecturer sent him out of his office. In his words ‘ Young man! Grow a thick skin. Leave my office, I have things to do ‘.

He hated the lecturer that moment and felt the hate consuming him as he left his office.Then , the spirit whispered to him ‘ Go to his home tonight and make him suffer ‘. He found his way into the staff quarters in the camouflage of the night. He knocked gently and the lecturer opened. “You again? You are very stupid for coming he….”

He pushed the lecturer to the ground as he was talking. He delivered several blows to his skull with a tightened fist. He started strangling the 65year old man afterwards. The way the man struggled appeased him. He could feel his life draining away and he loved every bit of it. When the lecturer eventually died.

The spirit of Homicide became silent. He felt enormous guilt and he loathed himself. He left hurriedly and didn’t get caught. He cried bitterly. After dealing with depression and nightmares for 3 years .

The 26 year old man regained his life. Got a small job at a factory and was settling in. This was the same time the spirit of Genocide awakened. He was verbally bullied at work because of his opinion on several matters. Work was hell. About 100 factory workers and he was seen as the most irrelevant. He could feel the hate he felt for that lecturer building up again . This time, amplified and crazed with rage.

He didn’t give in, he tried his best. The spirit of genocide whispered several times but was shunned. Then, the ancient entity employed another method. Invaded his imagination with genocidal images. Scenes of his fellow factory workers lying dead soaked in their own blood often appeared in his head.

Disturbing and sadistic but he totally loved the imaginations. 25 management personnel had come to the factory to seek the opinion of the factory workers on a pivotal issue. As the meeting went on , he raised his hands several times to render his opinion but was repeatedly ignored. He remained consistent and he was eventually called. While he was talking, 2 of the workers started laughing.

3 more joined in, then 4 more. Within 3 minutes, half the attendants were laughing uncontrollably. He left the meeting area angrily as tears rolled down his eyes. He sat in a corner. The spirit of Genocide whispered to him   “Burn them all “. The rage in him flared up. He got 4 locks, locked all the factory doors from outside except one. They couldn’t hear the sound of the doors because the meeting area was an enclosed space. He got a rope, soaked it in fuel and tied it to the most combustible section of the factory.

He set fire to the end of the rope, ran outside and locked the forth door. The explosion was massive! His Adrenaline rushed as the wild fire spread throughout the building. He could hear their screams , he could hear as they scampered and struggled with the door as he stood a distance from the factory building. He could hear more than 100 souls experiencing the agony of death. He could hear them burn! and He loved every bit of it ! After 15 minutes , the spirit of Genocide became quiet. He fell to his knees and realized what he had done. He was mad! He didn’t understand ! He ran to his vehicle and drove home before the authorities came.

He couldn’t fathom what he had done. It was unbelievable. When he got home. He wept, he wailed and every inch of his soul was weak. He laid on the bare floor and hoped to die. Then, the spirit of Sucide came alive. Whispered to him ‘ End your miserable existence ‘ . He walked to his kitchen. Picked a Knife and stared at it. The spirit whispered again ‘ Slit your throat and be free. He held the knife to own neck and within one stroke slitted multiple jugular veins. His flesh opened up as he bled out silently..Fear enveloped him as his life faded away .

He was dying and within 3 minutes he was dead ..The ultimate rule states that ‘No spirit shall find expression on earth without an earthly form . Whether man or animal ‘.

He was no more a viable host. He was without a soul ..The spirits of Homicide, Genocide and Suicide left him and went in search of a new body to possess .