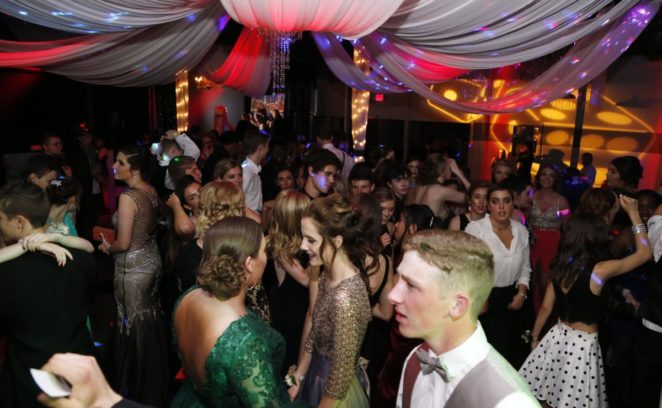 Nearly the entire Senior Class was at the Prom. The mood was happy, expectant, and everyone was trying to cooperate.

The Prom was held at a fantastic venue, the food and drink and decorations were wonderful, and the music, a professional D.J. The Dating Service which sponsored it had really fulfilled their promise. They had created the kind of dance High Schoolers would want to attend.

Though there was the two hour splitting for some, while they filled out their questionnaires, others delayed this action, and remained with their date.

Every student who wanted to go had been to the Prom.

I had dressed and had my hair and nails done, trying to placate the girl I was who didn’t get to go to her prom. I imagined being one of those girls before me, getting photos, talking, able to carry the memory of being there.

As I stood surveying the room,

“This was a brilliant idea,”  Eric the Math teacher said to me, softly adding,  “I wish when I was in High School…”

“You too?” I exclaimed, seeing him for the first time.