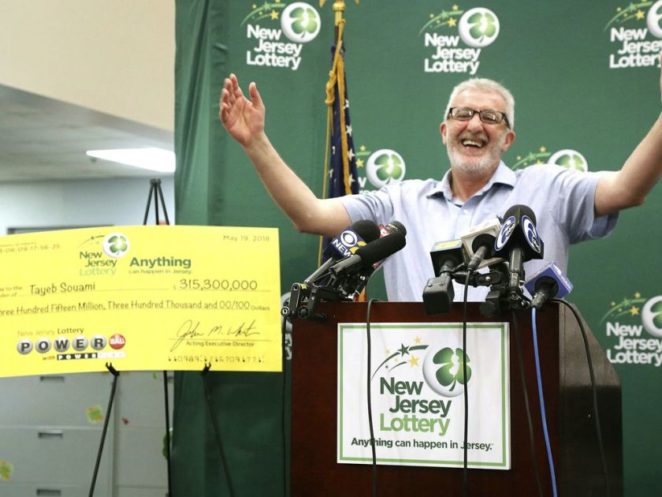 Thanks to the advice of the wife of 55 year old Tayeb Souami who suggested to him to get a refund for a bottle of orange juice that cost $5.00 so he could go to another store to pick up the same bottle of orange juice for a  price of $2.50, the actions that Tayeb did were a factor to purchase lottery two Powerball tickets so he could have a chance of winning the grand prize of $315 million dollars.

When Tayeb went to the ShopRite store to get a refund for the bottle of juice, Tayeb decided to take a chance to play his lucky numbers on the Powerball Lottery since admits he does not play the lottery since money is tight in his family.

Tayeb only plays the lottery when the grand prize is a huge amount like the amount that the Powerball jackpot grand prize which was at $315 million dollars.

It is evident that Tayeb did not check his numbers that were the winning lottery numbers on the television when the drawing for the Powerball jackpot were announced.

The next day Tayeb went to a 7-11 convenience store to check if he his numbers that he played would win him a prize.

When the cashier at the 7-11 store checked the numbers on the lottery machine, both the cashier and Tayeb were in shock that he win the grand prize of the Powerball.

After Tayeb paid the Federal and state taxes, his Powerball prize came out to $183 million dollars that he will use to pay off his college loans, his daughter’s tuition and his refurbished home in New Jersey.

Even though Tayeb is currently employed as an accountant for a food important company, he will tell his colleagues at his work if they accept his resignation.

I wish Tayeb the best of luck winning the grand prize in the Poweball lottery since there are many horror stories of lottery winners who went broke in a few years.