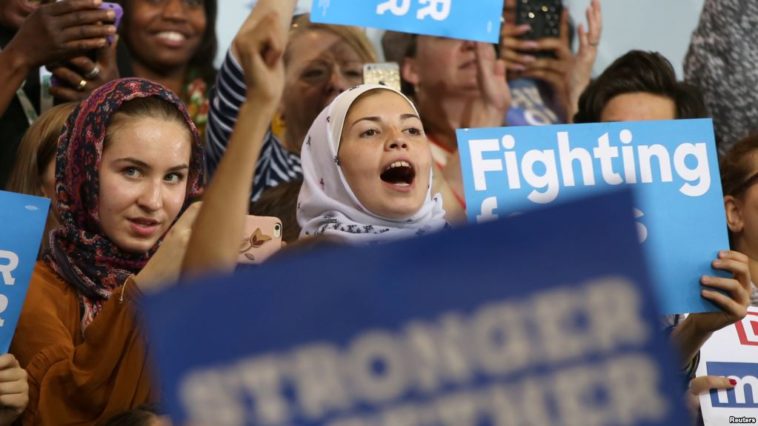 Washington -The mosques of America are trying to encourage Muslim to vote as much as possible. Most of  mosque on Friday last night, made a topic of importance to voting in their sermons.

Shaikh Abdur Rehman, Imam of the ‘Darulhajra mosque’ of the minneapolis mosque, told after Friday Prayer, he explained to the prayerers that their vote is very important by voting in the election. Therefore, they should come out and be vote.

The Imam Sharif said that participation in voting is an important part of the general ideology of mosques and it is the only source of change. He said, “At present, American politics gets much dividends and hate. Therefore, if Muslims want change in the system, they will have to vote.

According to the reports, highlighting the importance of voting in some mosques resulted in many young Muslim men and women vote in early in centers. Many of them were young people who voted for the first time.

Khalid Mohammad Hassan, a Somali-born American young man, told that he was voting for the first time. He said that he would vote for the Muslim candidate and the most important issue around him is ‘Health Insurance’

One of the Muslim candidates in Minnesota is Mohammad Noor, who is contesting elections for state assembly. During his election campaign, he stood out of the local mosque and tried to make the people coming for prayers to vote in his favor.Mohammad Noor said that the purpose of participating in the election was to serve its Muslim community and fight against existing government immigration policies.