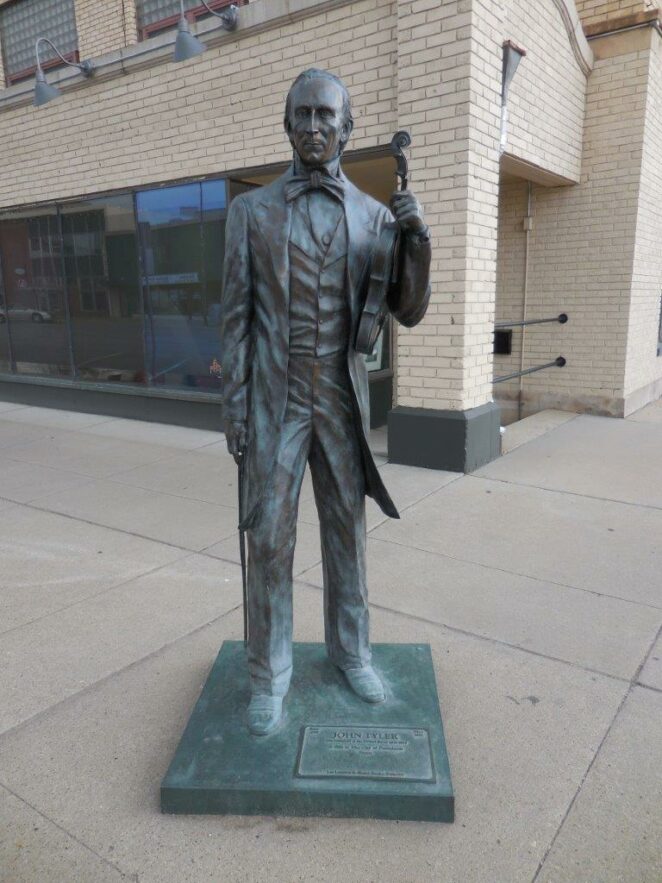 The 10th U.S. President John Tyler really loved music and was considering being a violinist before studying law. When in the White House he would entertain his guests playing violin and fiddle. When a president’s memorial was sculpted in South Dakota Tyler was depicted with a violin.

The 12th U.S. President Zachary Taylor had a favorite horse called Old Whitey. The horse became as famous as his owner and when people would see the horse grazing on the lawn of the White House they would go up to him and pluck a hair from his tail to keep as a souvenir.

The 15th President of the U.S. James Buchanan didn’t have a First Lady. He became the only U.S. president to remain a bachelor all his life.

The 18th President of the U.S. Ulysses S. Grant wanted to make sure that the North and the South would stay united so he made Christmas a national holiday in 1870,