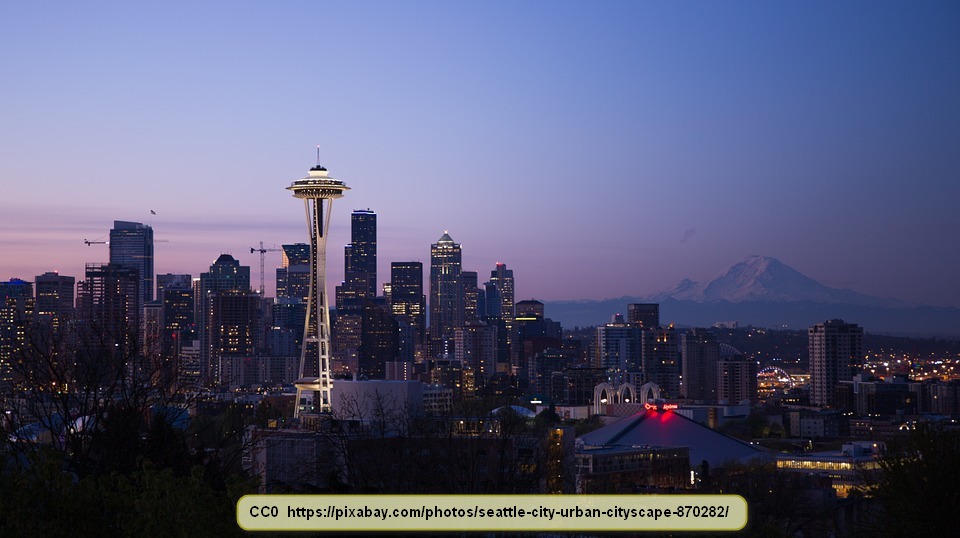 We’ve looked at quite a few of the silly, strange, or downright absurd laws that are on the books in the US. Some of them have understandable reasoning behind them but are no longer applicable. Some are rather off-the-wall and it is difficult to figure out why such a law was passed.

After taking a break from writing about silly laws, I’m back at it. This time, we’ll focus on laws in Washington state that tend to make a rational person shake their head in wonder.

* Lollipops are banned in Washington state. Having not specifically looked for lollipops when visiting the state, I’m unsure how strictly enforced this is or what the fine would be for violation.

* In Washington state, x-rays can’t be used for fitting shoes. I wonder if this was a wide-spread practice that required a law to change? I’m thinking, ‘Good luck on finding a shoe store with an x-ray machine, anywhere.’

* This one ‘sort of’ makes sense. It is illegal for a person with a cold to walk around in public. I’d say that this one could be fought in court. It usually takes longer than a week to 10 days for a court hearing and by then, the cold would be over and gone.

* It is against the law in Washington state to break a bottle of beer belonging to someone else. Buy your own if you have a thing about breaking bottles of beer.

* Here is a headscratcher: By law in Washington state, if two trains come to a crossing, neither of them can advance until the other one has passed. A person could get a headache trying to figure that one out.

* It is illegal in Washington state to buy a mattress or meat on Sunday. In Spokane, Washington, you also can’t buy a TV on Sunday.

* On Waldron Island, Washington, it is illegal for any house or building to have more than two toilets.

* This one rather reminds me of some gun control laws: There is a law in Washington state that makes it totally mandatory for any motorist who intends to break the law to stop outside of city limits and phone the chief of police to let him know that they are entering the town. From what I understand, this law hasn’t reduced the crime rate at all. I wonder why?

* In Washington state, according to law, all motor vehicles must be preceded by a man 50 feet ahead carrying a red lantern at night and a red flag during the day. This is obviously outdated, yet it is still on the books.

* A law in Skamania County, Washington state says, “The harassing of Bigfoot, Sasquatch or other undiscovered subspecies is a felony punishable by a fine and/or imprisonment.” This is the abbreviated version of the law, but it sounds like they must have had problems at some point with people harassing Sasquatch, judging from the law.

* In Spokane, Washington, it is illegal to stop on a sidewalk used by pedestrians and to kneel to tie your shoelaces.

* In Seattle, Washington, it is legal to set a house on fire, but only if you get the owner’s permission before you set the fire.

Believe it or not, this isn’t all the silly laws in Washington state. This is only a dozen of them. There are more!

Thank goodness we have such logical and realistic people writing laws in Washington state. Yes, I’m being a little sarcastic.