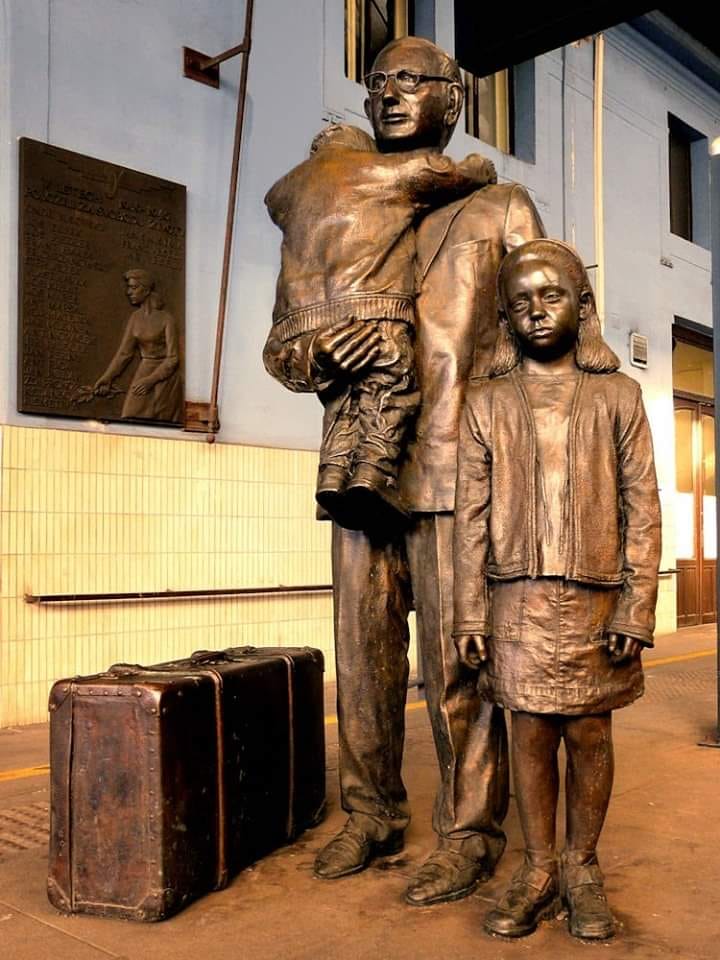 Monument to Sir Nicholas Vinton at the main railway station in Pragu. Monument”Goodbye” was erected in 2017 in gratitude to Nicholas who during the Holocaust saved 669 children mainly from.Czechoslovakia life provided to them is a sure way to Britain, he saved them concentration camps and certain death. Brave trader died in 2015 in its 106 years.