Today regular mail is almost forgotten and email rules the day. It was very different in the 19th century when a letter that traveled from coast to coast took six weeks to arrive.

Pioneers who had settled in the West were always eager to get news from relatives who were left on the East coast. It was at this time that the Pony Express was established. It also provided jobs for 75 young men who were hired to deliver the mail along with 100 horses. The Pony Express headquarters were in the Patee House Hotel in St. Joseph, Missouri. It took ten days to carry one letter from Missouri to California and the cost was $5. Today that would amount to $90. 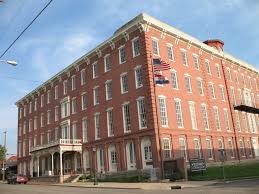 The Pony Express continued operation until October 1861 and then the telegraph could send messages a lot cheaper and faster. By 1869 the railroads took over and it was no longer a very big problem to communicate from coast to coast. Today people can visit the Patee House which is a museum dedicated to the history of the Pony Express. The building has been declared a National Historic Landmark.