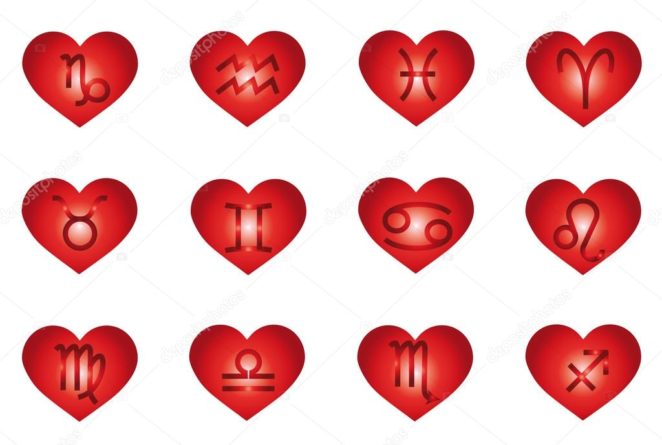 Usually, after considering a personal horoscope, an interest arises in what, from the point of view of astrology, should be the ideal companion for human life. Astrologers are often asked the question: which of the signs suits me best? A serious answer to it cannot be given without seeing the horoscope of a person. There are traditional preference signs (like both home signs Taurus-Cancer or equal in strength Lion-Capricorn). But practice shows that the choice of the zodiacal sign of a partner can be any, depending on the person’s attitude to the event, the principles of building relationships and the personal card (from which it may, by the way, follow that a person does not look like his sign).

For marriage, as well as for long-term relationships of people in general, the most important role is played by aspects that are shown by the love horoscopes (synastry). Below we consider the aspects on which the marriage is built, and first we briefly describe the typical interaction of different signs.

The interaction of opposing signs in the zodiac always involves giving up oneself and searching for an alter ego. These signs are close to the common tasks that they face and can achieve success in some area (the opposition – the Saturnian aspect). But they do not understand each other directly. In India, it was believed that parents better be opposing signs: then the child will have the whole range of qualities and a harmonious situation. Unfortunately, this is possible only in countries with established rules of family relations, and not here, where everyone is self-oriented. Therefore, in general, the opposite signs get along is difficult.

Libra balances Aries well, but their refinement may interfere with its rudeness. Aries does not understand anything in the intricacies of human relationships and succumbs to every difficult situation where Libra feels up to par. He proves his case by force, and if Libra sees beauty in this force and has respect for it, then all is not lost. Aries and Libra can bring together the desire to discover new facets of life and his personality. But all attempts to reshape the other in their own way lead to too obvious a failure.

Taurus with Scorpio can combine the need for passionate love. In the interaction, they should not persist in their own way, but rather take the lead: trying to fully satisfy the sometimes insatiable desires of the partner. A special role is played by sexual relations and the birth of children. If everything is in order, this productive marriage can be proud of its beautiful children.

The most frequent pair of opposites are Gemini and Sagittarius. They are not inclined to lock themselves up within the family, and all the difficulties are solved by the search for opportunities and the expansion of prospects. Both signs undoubtedly unites love of travel. However, Gemini react to the close and accessible, and Sagittarius needs large-scale plans. If he goes (attends events, goes to visit) only one of the partners, and the other at home at this time – a crack is inevitable.

The Cancer-Capricorn couple also occurs and resembles the marriage of an old man with a baby, where the Capricorn’s pragmatism is hard for Cancer, and the latter is ridiculous with the partner’s fantasy. They are united by love for their roots and reverence in front of relatives. It is good when there is some kind of genetic similarity or kinship between them, or they are the successors of good family traditions.

A pair of Leo-Aquarius can only be formed under the condition of mutual love for freedom. If Leo has created his own saturated world for himself, then he does not care that his partner is somewhere far away (in his dreams or abroad) most of the time. It also allows Aquarius to evaluate the identity of the partner, which is the basis of that sublime love at a distance, which he is inclined to look for. If Leo is too conservative, the independent Aquarius will quickly switch to more original partners. If Aquarius himself is not a person, Leo will simply “crush” him.

Virgo-Pisces marriage is also rare and succeeds if both partners selflessly serve each other or a common cause. For this adjustment under the situation is not enough, they themselves must control their own destiny. The ideological and mystical perception of the world unites them, but disorder and susceptibility to the currents of life can carry in different directions.