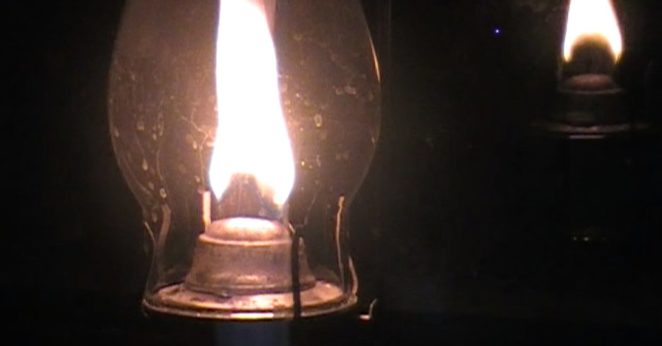 The first commercial Kerosene Lamps were invented in 1853. In Europe, Polish inventor, Ignacy Łukasiewicz, is credited with designing the first lamp. While in the United States, Robert Edwin Dietz is identified as the lamp’s inventor. 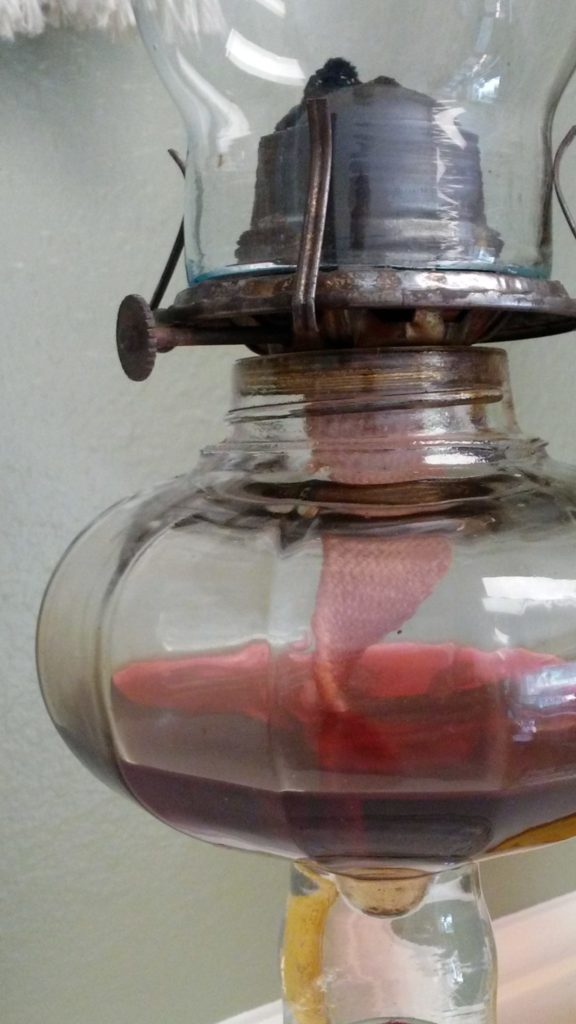 The lamps that I have here are “flat wick” lanterns. They have a basin for the fuel. A cotton wick that draws up the fuel up the wick via a capillary effect. In this lantern where I have red paraffin oil, you can see that the wick has turned pink that’s the capillary effect in action.

The size of the flame can be adjusted by how much of the wick is exposed. As it burns, the flame is fed by fresh air from below as the hot air is drawn up through the glass chimney. The chimney also helps the the flame from inadvertently being blown out. 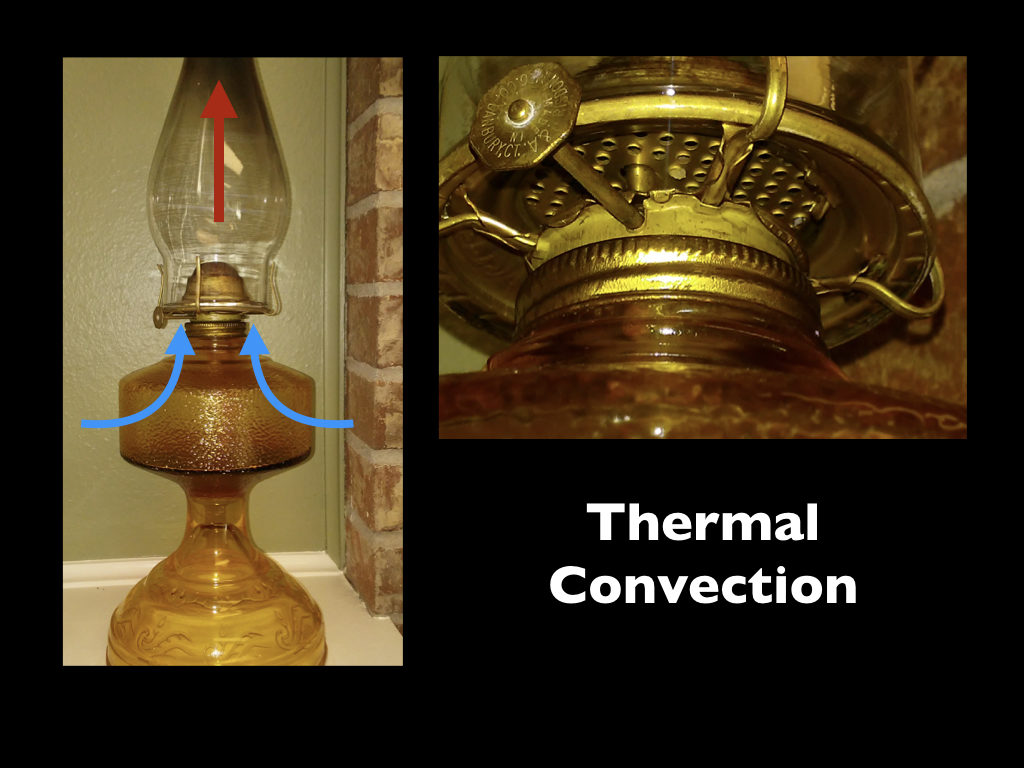 In the United States, kerosene lamps were common place during the late 1800s and early 1900s, and it took several decades for electric lighting to take over. In rural regions of Asia and Africa where electricity is not available, the kerosene lamp is still in use today.