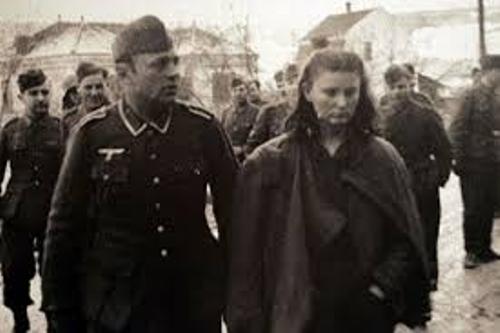 This German photo was taken shortly before the execution of Lepa Radic, a young girl born on December 19, 1925 in the village of Gashnica near Bosanska Gradishka. This is a reminder of one of the many brave girls and women who gave their lives by defending freedom and their people. She was partisan, and captured by the Germans. They said that she would give her life if she said who the leaders and communists were among the captured people and the Partisans. The beautiful woman replied: “I am not a traitor to my people, ..A German soldier who put a loose patch on her neck died in Zagreb on Savska cesta. This photo was found in his bag. 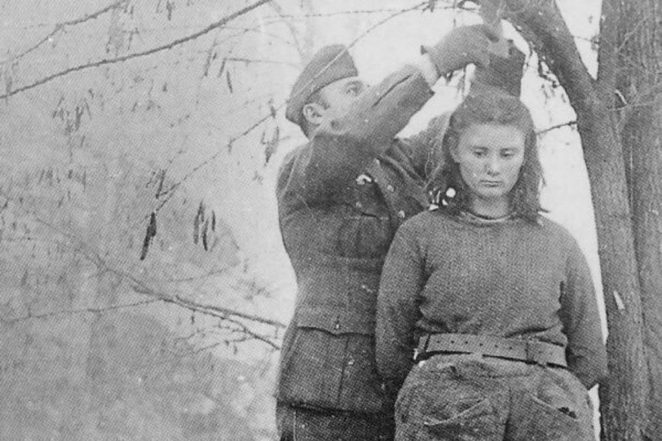