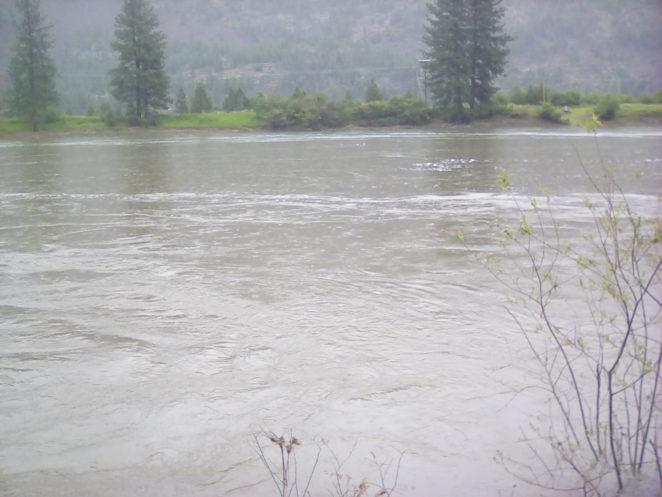 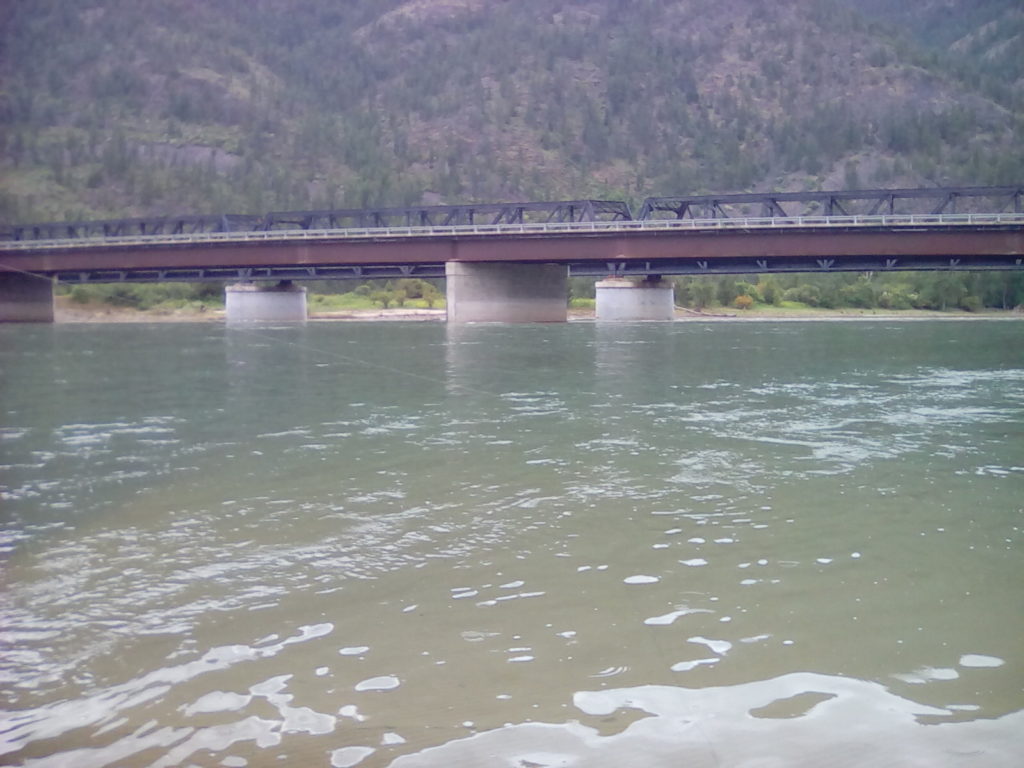 There have been several articles and galleries I’ve written where I’ve mentioned the local river, but I haven’t given a great deal of information about the river itself. The river is called the Clark Fork River and locally, we often just refer to it as “the river”. It has substantial importance in a lot of northwest Montana and northern Idaho.

This river begins only about five miles from the western side of the Continental Divide, where it is called Silver Bow Creek. Silver Bow Creek flows by Butte, Montana, in the southwest part of the state. Then it winds north by northwest through a mountain valley. 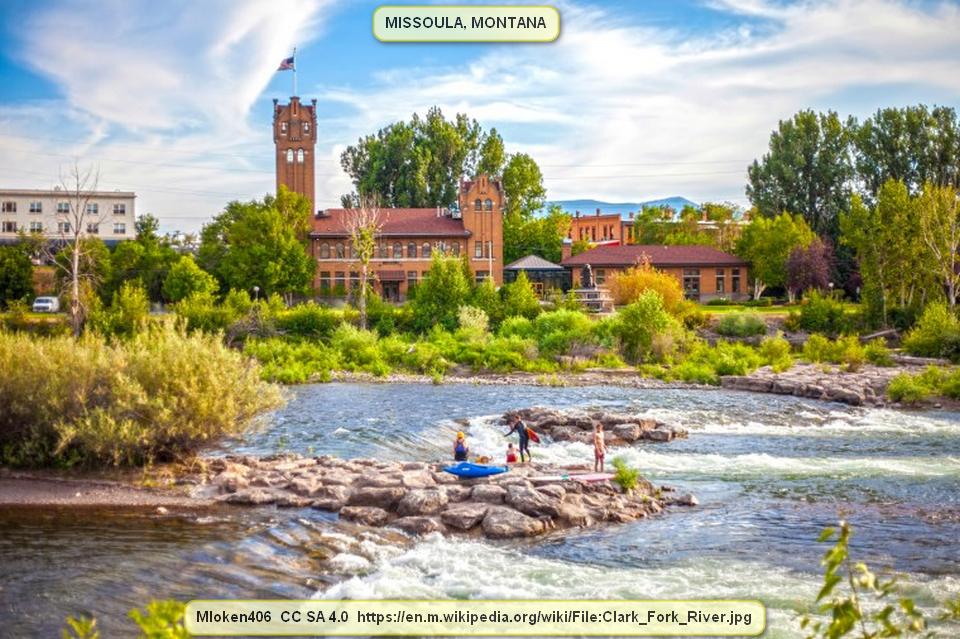 The Clark Fork continues flowing to the northwest, following mountain valleys, with a number of small streams adding to the flow. Four or five miles southeast from our little town, the Clark Fork is joined by the Flathead River. The Clark Fork River then flows beside our town. In fact, most of our town is located on one side of the river and the county fairgrounds is located on the other side. Most of the time, when we go fishing, we go over the river and past the fairgrounds. 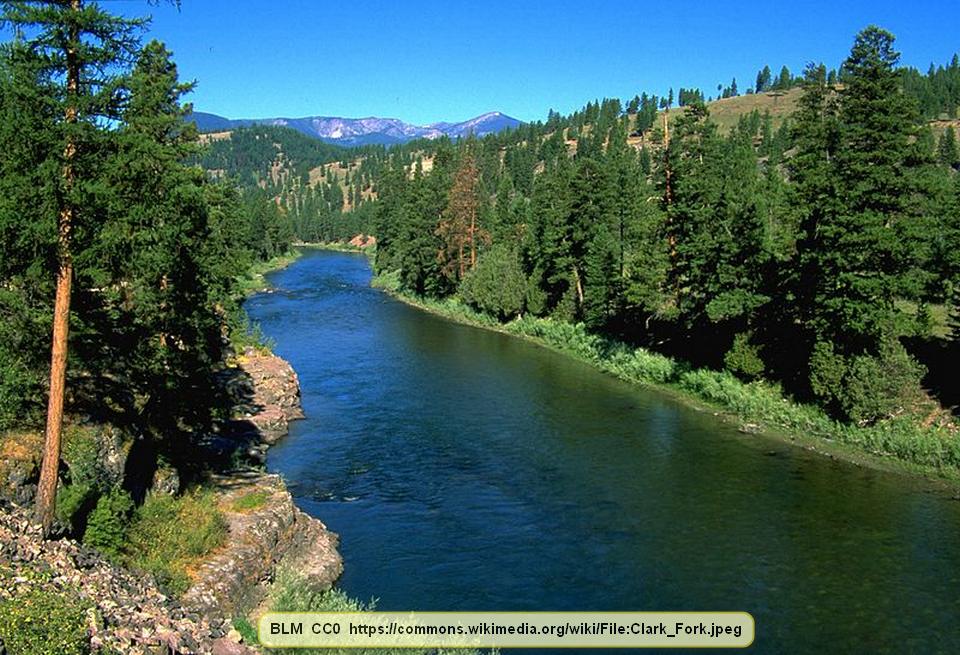 About 24 miles northwest of here, it is joined by the Thompson River at Thompson Falls, the county seat for our county, where the water flows through a hydroelectric dam.

The river continues on through northwest Montana and into northern Idaho, where it flows into the northeast part of Lake Pend Oreille (pronounced pond-er-ray). 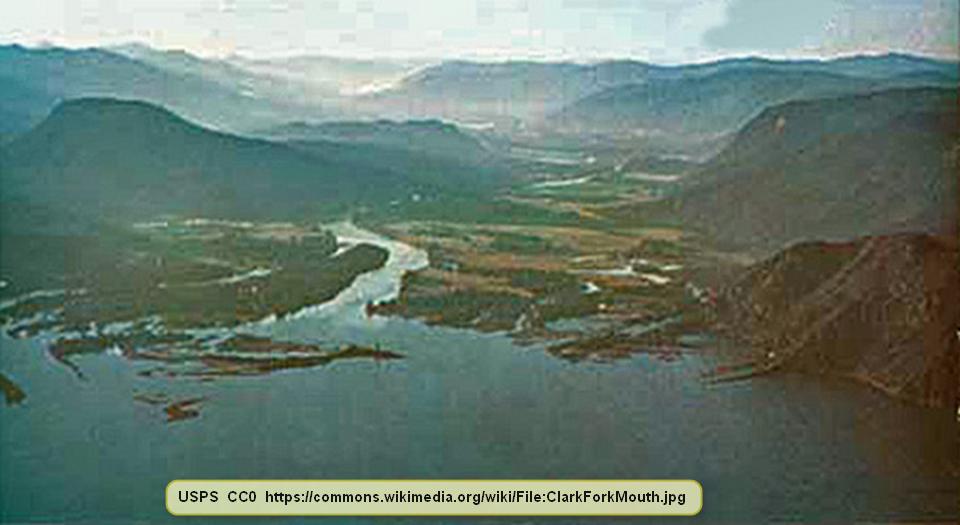 Clark Fork River where it flows into Lake Pend Oreille

Clark Fork River flows about 320 miles and while that isn’t an enormous distance, this river carries more water than any other river in the state. It handles the drainage of over 25,800 square miles.

A great deal of the land in the Pacific Northwest was sculpted during the last ice age, primarily because of both glaciers and immense ice dams that produced the gigantic Lake Missoula, mentioned in an article I wrote about the National Bison Range. Periodically, those ice dams would break and the huge amount of water that was released flowed down the Clark Fork River.

The river still receives a great deal of water every year from the snow-melt from the western side of the continental divide and from the mountains of western Montana. The flooding that occurred this year was from the melting of a substantial amount of snow in the higher elevations and this was the worst flooding the area has experienced in nearly a century. 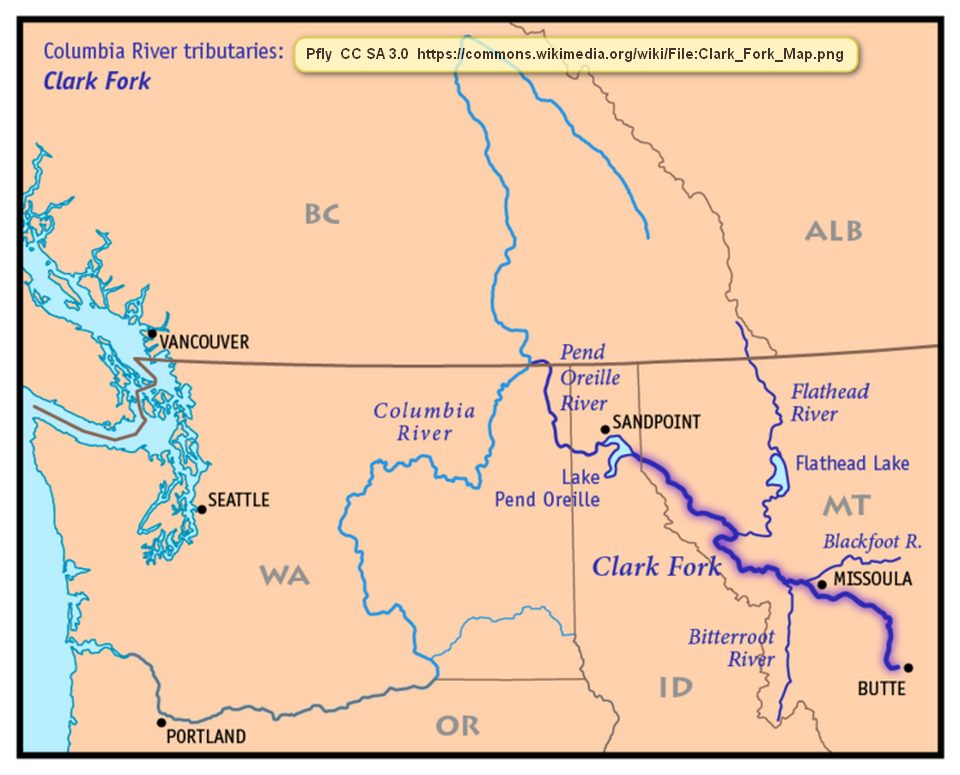 The ultimate cause of the flooding was the ongoing trend of colder and longer than normal winters, coupled with above average snowfall. This year, our spring was also far damper than normal with much more rain, so the ground was saturated by the time the snow began to melt.

Interestingly, the flooding we had is also responsible for very low river levels, locally, for the past month or so. When the river flooded, an extremely large amount of debris, mostly rocks and trees, were carried downstream. These ended up going through the hydro dam in Thompson Falls that has been mentioned, causing extensive damage to the turbines.

Normally, when the high water began to recede, flow gates on the dam would have been closed to retain water. With the amount of damage that was done, though, the gates were left open while repairs were done. Only about a week ago, the repairs were completed and water could be retained. As a consequence, the river level locally is gradually beginning to increase once again. 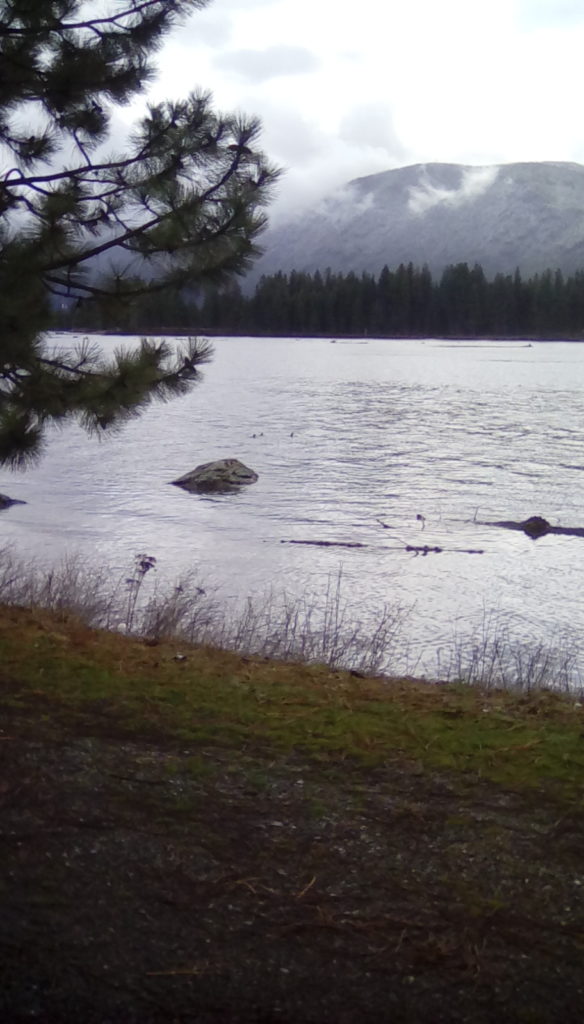