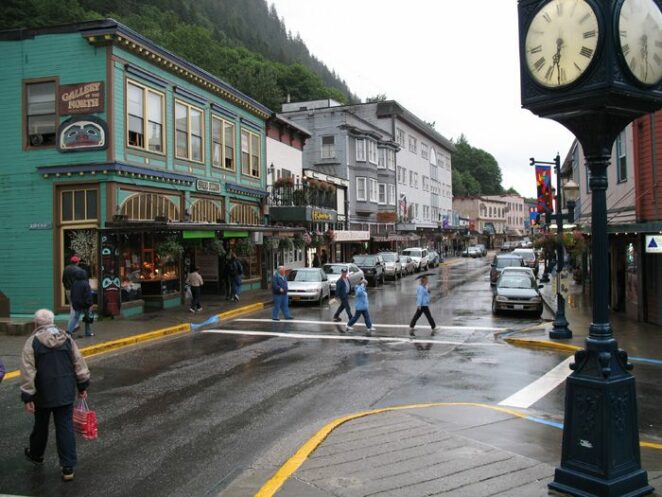 The Gastineau Channel was a favorite fishing ground for local Tlingit Indians in Alaska. The native cultures were rich with artistic traditions among them carving, weaving, singing and dancing. The area around Juneau became a major social center for the native Tlingit and other tribes of southeast Alaska.

In 1880 Joe Juneau and Richard Harris went to the Gastineau Channel and in Snow Slide Gulch discovered gold nuggets. They marked the townsite and set up a mining camp and soon the camp became a small town. After different names were tried the town was named after Joe Juneau. In 1906 the capital of Alaska was moved from Sitka to Juneau and it soon became the largest city in Alaska.

Growth in Juneau expanded greatly when the construction of the Alaskan Pipeline was begun in 1977. Today it does very well with cruise lines making this their stop during the summer season. The city continues to be the only U.S. state capital located on an international border. It’s bordered on the east by Canada.