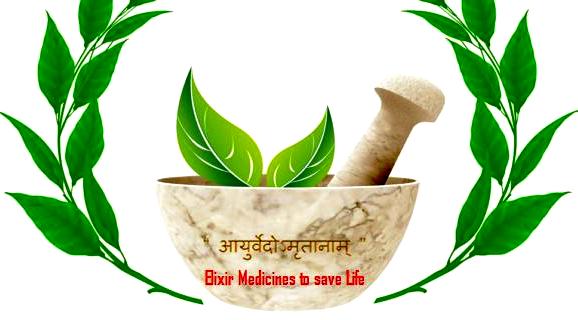 My colleague, Mr. Shripad Naik ji, Yogacharyas, Ayurveda experts, teachers, students and other great teachers on this great occasion of Dhanvantri Jayanti and Ayurveda Day , who came to participate in this program from all over the country, very much good luck to all of them and my good and prosperous wishes to  the entire Nation. Congratulations to all of you on the country’s first All India Ayurveda Institute dedicated to the people of India.

I would also like to  give a devotion to the AYUSH Ministry(Part of the Health Ministry) to celebrate Dhanvantri Jayanti as Ayurvedic Day and to establish this institution for a disease free Nation in this 21st century. Companions, no matter how much effort a country can shoulder, but it can not move ahead until it knows its golden History of Incredible India during ancient period along with its proud heritage. The identity of those who are leaving their born heritage is travelling towards the end.
If we can look into  the history of our country, we must find it powerful and so incredible that when the rest of the world look into us, it seemed that it was not possible to compete with India’s knowledge and intelligence. That’s why they adopted another path. It was easy for us to destroy the best we had. In the era of slavery our long and enriched traditions of  Saints, our teachers, farmers, our scientists, our yoga, our Ayurveda, all these power was ridiculed and also the efforts were made to weaken them, and even so on those powers between our own people. It was absolutely an attempt was made to reduce faith of people on this land of Incredible India.

When salvation came from slavery, there was a hope that whatever has been saved will be preserved, timely change will be made. But this too is not a priority. Which was, was left to his place) , an attempt was made to destroy our powers in the era of slavery and after a period of independence a long time came when an attempt was made to ignore these powers. In a way, his own legacy was turned away. For these reasons, patents of all such information went to other countries, which we used to use at home as a prescription for grandmothers. Today I am proud that in the last three years this situation has been changed to a great extent. Our legacy, which is superior, its reputation is being established in the mind of the people.

Today, when all of us have gathered on Ayurveda Day, or when on June 21, when the number of lakhs of people come out and celebrate Yoga Day, then they are filled with pride of their heritage. When lakhs of people do yoga in different countries on that day, seeing those pictures, it seems that yes, this yoga that connects millions of people to India has given them. Brothers and Sisters, which have been the heritage of Yoga as a whole, now it is becoming a legacy of the entire humanity expanding.These changes are only for three years, and of course, the AYUSH Ministry has a very large role in it.

My dear Companions, Ayurveda is not just a medical practice. Within its scope there are many topics like social health, public health, environmental health etc. Understanding this requirement, the government is focusing on the integration of Ayurveda, Yoga and other public healthcare systems of AYUSH systems. The government has kept AYUSH in its four priority areas. Along with forming a separate ministry, we have laid out comprehensive rules for the integration of health services and AYUSH systems and guidelines, while creating National Health Policy.The Government recognizes this and it is being resolved that the integration of AYUSH in health care will not be limited to the files as before, it will be brought to the ground. A number of initiatives have been taken by the Ministry of AYUSH in this direction. The launch of the National AYUSH Mission, the program of health-keeping programs, Mission Diabetes, the concept of Ayusha Village is such topics which are now discussed here by Shripad Naik ji. It is very necessary for the expansion of associates, Ayurveda that there is a good hospital with all the facilities connected to it in every district of the country. In this direction, the AYUSH Ministry is working fast and in more than three years, more than 65 Ayush Hospitals have been developed.Today, as in AIIMS in Delhi, the inauguration of All India Ayurveda Institute is also a part of this episode. Initially, there are more than seven and a half hundred patients coming in every day. In the coming days, the number of patients is estimated to be doubled. This institute has been built with modern infrastructure. With this help, Ayurvedic treatment of many serious diseases will also help. I am happy that today the establishment of ayurveda institution has reinvigorated the knowledge of Ayurveda along with Ayurveda and wealth. It is also a very promising situation that these Ayurvedic institutions will work together with AIIMS, Indian Council of Medical Research and some other international organizations. I hope the All India Ayurveda Institute will be the main center of Inter-Disciplinary and Integrative Health Practice while walking on this path.

Brothers and sisters, Preventive HealthCare is another cheap and healthy way and that is cleanliness. This government has brought sanitation to the people and the people like the people’s movement. The government has constructed more than 50 million toilets in three years. How the people’s thinking about cleanliness has changed, the example is that some people started to call the toilets in Izhtagh. Now you came to the report of Unicef a few days ago. Maybe you have read. This report says that the family who lives in the village and builds a toilets, then Unicef says that if a family makes a toilet, then the expenditure on the 50,000 rupees spent annually in his house would be saved. is. If you save 50 thousand rupees by becoming a toilet in the life of a poor, then think about how much the poor will be able to do.

With the promotion of Preventive HealthCare, the government has been taking holistic approach from start to increase affordability and access to health care. PG medical seats have been increased for medical students studying in medical colleges.