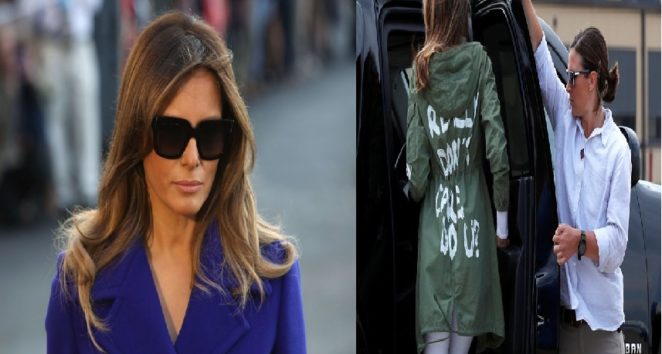 After the signing of Executive Order on behalf of  President Donald Trump, allowing immigrants to allow parents to stay with their children, the first lady Maliania Trump visited the Texas camp at the last day, where children were kept away from parents during immigration.

However, on this occasion Melania Trump jacket became a focus. Which it was mention on the back of her jacket in English (I really don’t care you. Do you ? ).

The hood jacket of Melania Trump was green, which designed by Fashion Chain ZARA. However, the lady had put of the jacket on reaching Texas.

Melanie Trump’s spokesman Stephen Grimm told reporters, ‘This is a jacket, behind which there is no secret message, I hope the media will not focus on their widespread tour of today’s main tour. ”

On the other hand, President Donald Trump said in his Twitter message, Melania has given a message to Fake News Media through the jacket, Now my wife has also come to know that the media is unbelievable and now she does not even care about it. 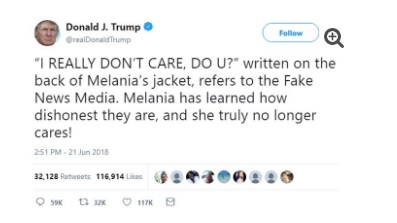 During the visit, American first lady briefed on how children are being kept here. On the occasion, Melanie appreciated the work of the staff there and said that these children should be given to their parents at the earliest.