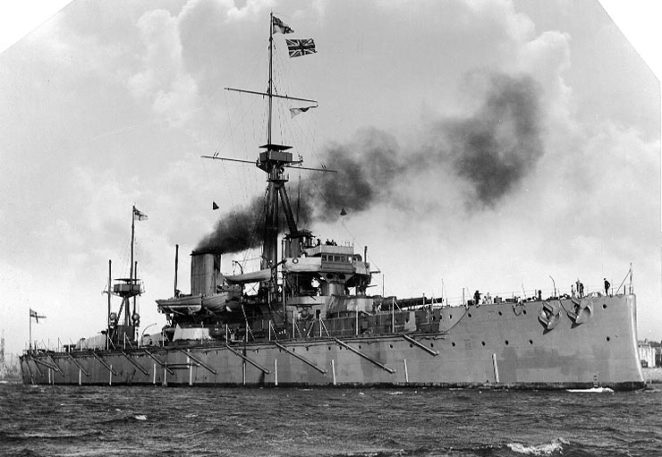 One day in 1910 the crew of HMS Dreadnought played host to a rapidly arranged royal visit. The ship, which was the British Royal Navy’s flagship and its pride and joy, was lying at anchor in Weymouth Bay off the Dorset coast as part of the Home and Atlantic Fleets. The visitors, so the ship’s officers were informed, would be four princes from Abyssinia, who were to be made welcome, shown every courtesy, and – in effect – treated like the royalty they were. A telegram, signed by the Under-Secretary of State at the Foreign Office, made this abundantly clear.

At about the time that the telegram was being received, the stationmaster at London’s Waterloo Station was being harangued by a man in a posh suit and a top hat who told him that he was Herbert Cholmondesly from the Foreign Office and that he needed a special VIP coach to be added to the next train to Weymouth so that four princes from Abyssinia could be conveyed on a visit to the Royal Navy. They would, of course, need to be welcomed appropriately at the other end of the line.

And that is what happened. The coach was duly provided, the princes boarded it, and a few hours later they arrived at Weymouth to be given the full VIP treatment with a guard of honour.

They were ferried out to HMS Dreadnought where they were piped aboard the ship which had been duly decked with flags and bunting. One problem was that the ship did not have a flag of Abyssinia that they could fly, nor did the ship’s band have the music for the Abyssinian national anthem. They did the next best thing, in their view, by running up the flag of Zanzibar and playing the Zanzibar national anthem. They might have been concerned that the princes would be offended, but in the end their worries were groundless – these “princes” were none the wiser, because they were not from Abyssinia or anywhere remotely close to it.

The Royal Navy, and the stationmaster at Waterloo, had fallen victim to a superbly organized prank, courtesy of William de Vere Cole, who must count as one of the greatest practical jokers Britain has ever produced. It was he who sent the telegram to HMS Dreadnought and he was the man who claimed to be Herbert Cholmondesly of the Foreign Office.

The four princes were nothing of the sort. One of them was actually the novelist Virginia Woolf! The four friends of de Vere Cole were fully made up and costumed by a professional theatre make-up artist – another friend of the joker. They were accompanied on the trip by Woolf’s brother Adrian (as “interpreter”) and de Vere Cole himself.

(The Abyssinian princes with their assistants)

Once on board HMS Dreadnought the “princes” performed their roles in ways that would have excited the suspicion of anyone who knew anything about life in Abyssinia, but fortunately for them that did not include any of the people they met.

The jokers handed out visiting cards printed in Swahili and spoke in Latin, disguised by what they hoped was a passable East African accent. The only non-Latin expression they uttered was “bunga-bunga!”, which was their appreciation when shown anything of interest.

As they were shown around they bestowed Abyssinian military honours on the senior officers. At sunset they requested prayer mats. However, they refused all offers of refreshment, this being done just in case any of their false lips fell off while eating or drinking.

There were two occasions on which the hoax might have backfired. The first was when half of one of the princes’ false moustaches flew off when he sneezed – he was able to recover it and stick it back on before anyone noticed.

The second was when the group was introduced to an officer who was not only related to Virginia Woolf but was also well acquainted with William de Vere Cole, who was not in disguise. Either the officer really did not recognize them or he realized that the arch-joker was up to his tricks again, and spilling the beans would cause far too much embarrassment all round.

After photographs were taken, the visitors returned to shore and thence to London, presumably laughing all the way.

There must have been red faces at the Admiralty when the story emerged that all it took for the pride of the Royal Navy – full of top-secret innovations in the build-up to World War I –  to be boarded by perfect strangers was a fake telegram and a brilliant piece of theatrical make-up. Fortunately, military security has been improved in the century since this trick was pulled off with such great success!