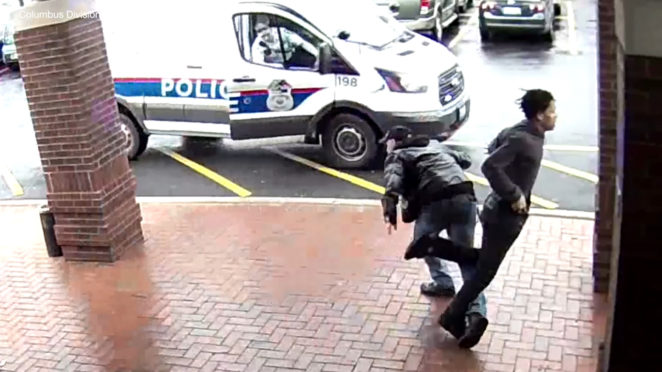 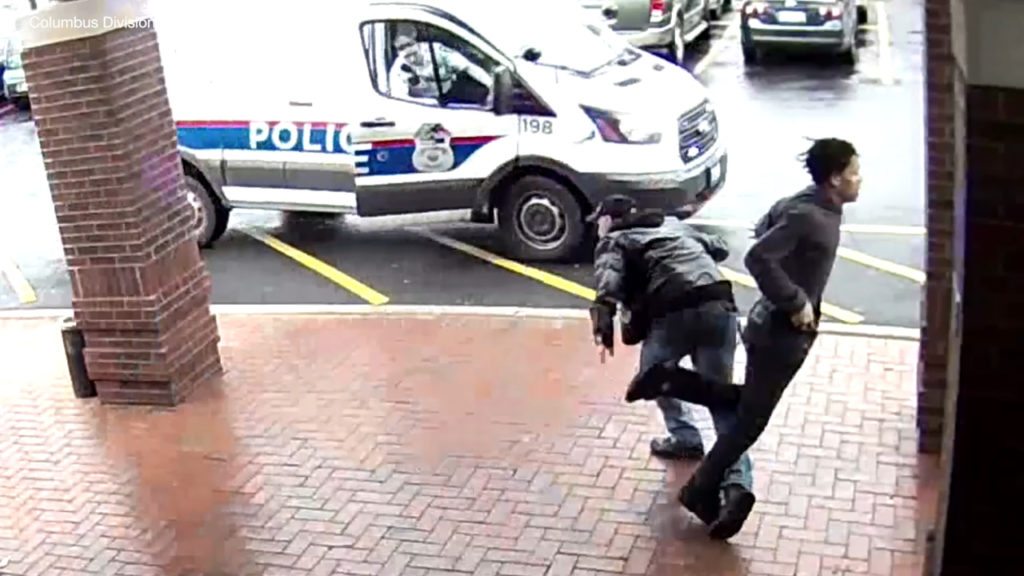 I am sure we have all of heard of the expression “Age is just a number.” A story of courage comes from Columbus Ohio when a grandfather named “Bill” assisted the Columbus Police to catch a young man who was fleeing from the authorities outside a library in Columbus in April.

Then Bill who does not want his last name revealed to the public since the police do not want Bill to deal with the enemies of any criminal who may want revenge for his actions of assisting the police catching a criminal, saw a young man running in Bill’s direction.

I will say this about Bill, he must have been a war veteran since when he saw the criminal running toward his direction with the criminal having his hand on his waist which contained a gun, Bill simply put out a foot in the direction of the criminal who then took a nice trip to the floor.

The criminal struggled to get to his feet when the Columbus police officers managed to put on the handcuffs of the criminal who likely be charged with resisting arrest and fleeing from a police officer.

The police were thankful that Bill used his wits to assist them by tripping the wouid be criminal who had he not been tripped by Bill, the criminal would be continued to wreck mayhem in Columbus.

I know that the late Ben Parker is a fictional character in the Marvel Universe would be smiling from ear to ear from his resting place.