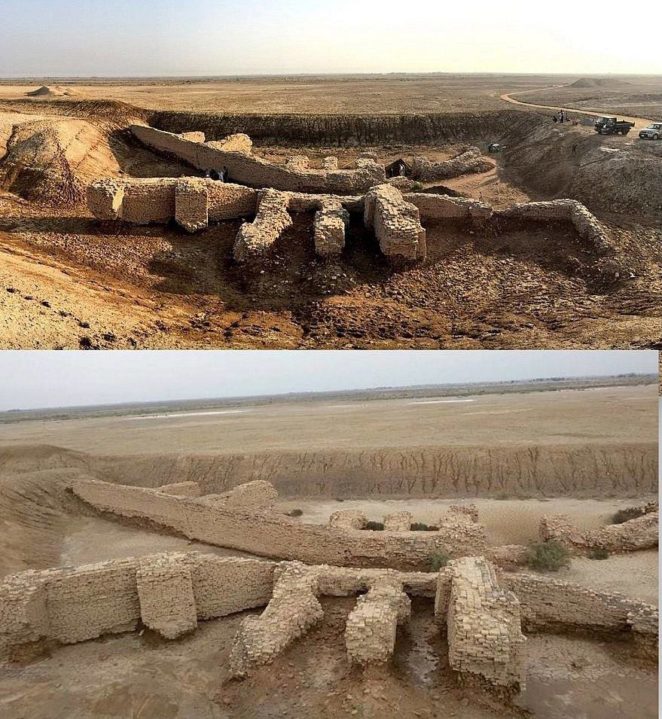 The oldest existing bridge in the world (built more than 5000 years) in the ancient Sumerian city of Girsu, 15km from Lagash Iraq. At the start of excavations in 1930, it was thought that this temple, dams, water regulator a much later (satellite imagery and excavations) it was determined that it was an ancient bridge over a watercourse, which is passed by the city. (Most likely that the water coming from the river Tigris) The entire site is a real treasure of knowledge about the ancient Sumerians in the form of writings that were found in this century.