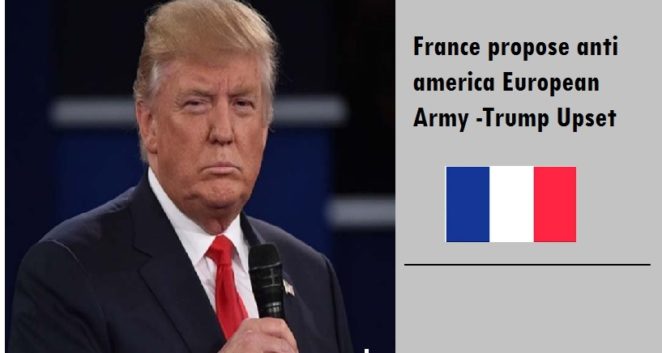 US President Donald Trump has expressed concern over the proposal of France’s European army against america. Trump declared this offensive. In a statement on Twitter Donald Trumpp said that First Europe should make its proper contribution in the NATO expense because the United States is paying a large part of NATO spending.

In an interview, French President Emmanuel Macron has said that Europe’s security can not be done else than the European-based army and can not be more dependent on the US. It should be a real European army that should not only protect the EU from Russia and China but also from the United States itself.

Be clear that Emmanuel Macron has already proposed to form a joint European force , German Chancellor Angelina Merkel also supported this suggestion but Britain is against this force.

President Macron of France has just suggested that Europe build its own military in order to protect itself from the U.S., China and Russia. Very insulting, but perhaps Europe should first pay its fair share of NATO, which the U.S. subsidizes greatly!