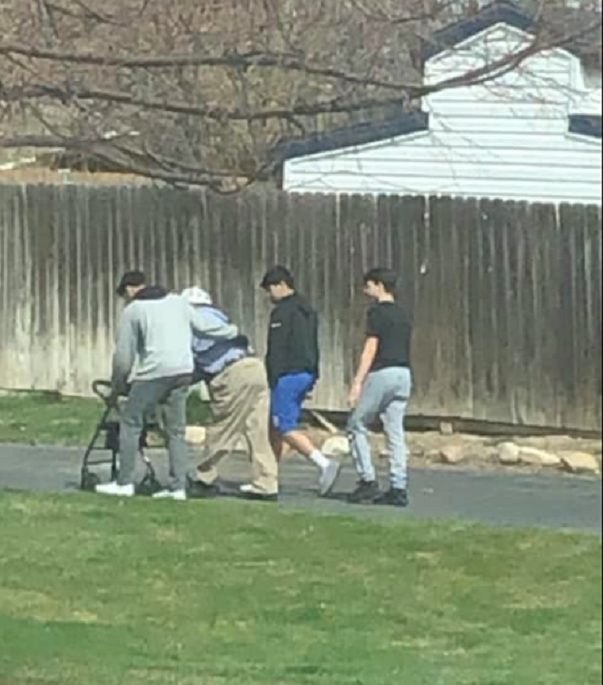 Jose Gomez, Victor Ornelas, Devon Ornelas, Isaac Hernandez, and Diego Ramirez are being called the “Hometown Heroes” in Caldwell Idaho after they stopped their auto when the five teens were on their way to play basketball about a month ago.

The five teen assisted Jose Gomez who fell down while he was using his walker to walk on the sidewalk when he fell to the ground and suffered a minor knee injury.

Normally when adults see teenagers in a group walking together, the first thought is that the teens may want to harm someone who cannot defend themselves due to some misfortune.

However these five teens are really nice when they assisted Jose to get back on his feet, take him to his home to bandage up his knee that was bleeding from the fall by using napkins and alcohol and clean up his wound.

Since we are in the internet age, Erika Tovar who witnessed the incident recorded the great deed from the five teens and placed the video on Facebook toward the end of last month which of course made the Caldwell teenagers famous for assisting someone in need without any expectation of any reward from the person that they assisted.

Jose admitted when he was the age of the teens that assisted him when he was their age, he did do good deeds to people who needed his help. Good karma does pay off in life.