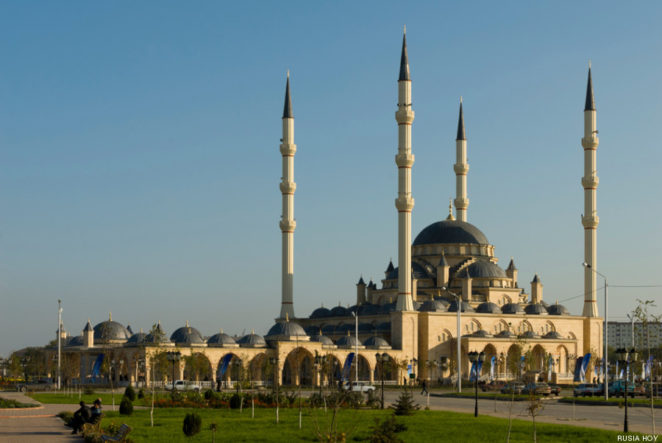 Europe’s biggest mosque is the ‘Heart of Chechnya in Grozny (Russia).

The impressive architectural complex covers an area of 140,000 square meters and bears the name Achmat Kadyrov, the first president of the Republic of Chechnya. The mosque can accommodate 10,000 worshipers in the house and so the area in front of the mosque, a series of arcade and on the open market. The four minarets which surround the “Heart of Chechnya” are high at 63 meters and the highest in Russia. The mosque walls inside and outside are covered with marble, and for making ornaments and printing ‘Ayat’ (verses from the Koran) Turkish masters, who painted the mosque, used the purest gold particles. The mosque is located 36 crystal chandeliers of the famous manufacturer Swarovski crystals and jewelery