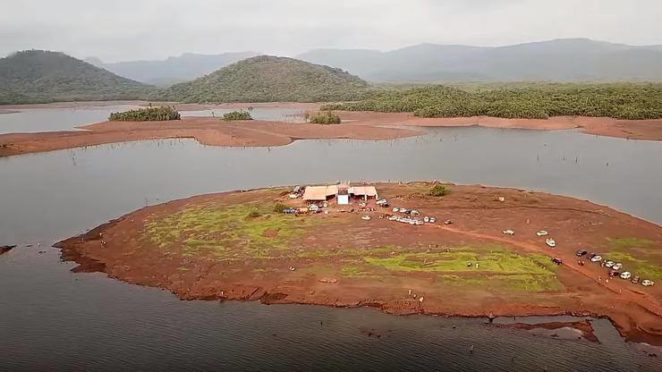 There are a number of villages in the world that are special because of their beauty, peaceful life and nature. This village, in the western Indian state of Goa is perhaps most especially among them, because in him its residents continue to return, even though he’s gone. The village has seen only one month a year, the other 11 is located under the sea.

Curdi Village is situated between the hills of the Western Ghats mountains and rivers Salaulim. It was a very fruitful one village in the southeast of Goa until 1986 when it was completely gone. Having built the first dam in the country, the village is completely flooded. Every year in May the water is withdrawn and shows what is now left of it remains of houses, religious buildings, broken parts of what people used coming to the surface