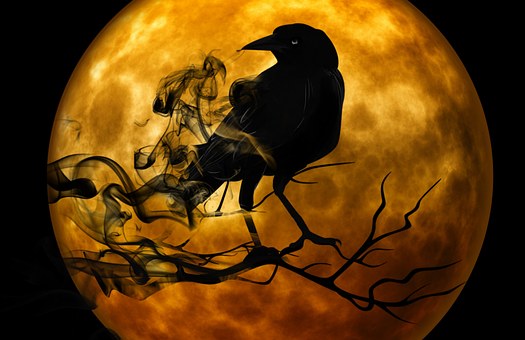 I don’t know why, but often my synchronicities involve crows. Maybe Ravens too. I know they are mysterious, and known as messengers from beyond. Like the other day my nephew mentioned that crows were the smartest animal, and then later that same day I was watching a random video, and someone mentioned the same thing. This happens quite often.

Last night I was having a dream that I was painting a crow, and a man said, “Yes, crows often lean towards the side”. I have no idea what it meant, but I feel it meant something. I have painted crows before, but not for years. And I’ve never had a dream about painting before.

I get synchronicities all the time. It started seven years ago when my spiritual awakening began. I was a materialist atheist. No more. Now I believe there is much more going on that we are aware. And this often comes out in synchronicities and dreams. I believe some dreams have meaning, and are messages from somewhere else. I call it the Universe. It has a personality, and it communicates with us.