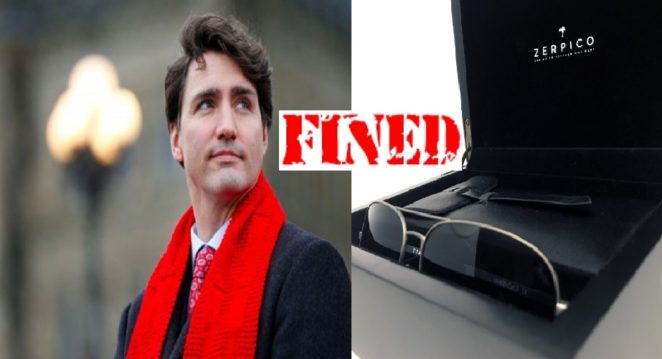 OTTAWA: Canadian Prime Minister Justin Trudeau was charged with 100 CAD Dollar against receiving a gift of golden glasses on penalties, not appearing in front of the authorities.

Prime Minister Justin Trudeau, a year ago, Head of Edward iland State, gave gifts of golden sunglasses. The prime minister has to pay a $ 100 penalty for not appearing in front authorities

According to the Canadian law, the Prime Minister has to declare in 30 Days if he/she received gift worth $ 200 or more. Due to the management error, the gift could not be declare, the cost of golden sun glasses is $ 300 and 500 Canadian dollars.