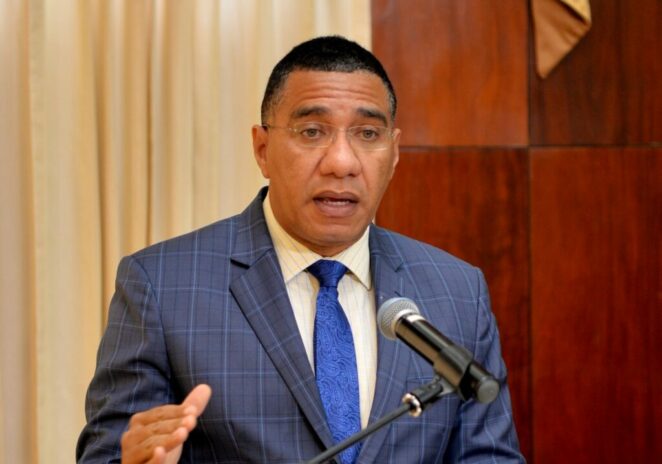 Due to questionable actions, a Prime Minister was forced to step down.  Aware  their Party would lose the next election those in charge pushed a youngish innocent appearing chap into the post.

When elections were called, his Party was, as expected, voted out of office due to the actions of his predecessor.

He wasn’t daubed by those actions.

During the years the ‘Other Side’ ruled he put himself forward as nice and clean and innocent.  He gave off the vibe of a puppy with a hurt paw.

His image was a hard worker committed to the country.  He didn’t engage in nasty rhetoric, didn’t pass insults, he seemed like such a good boy.

When elections were called again, he won.  He won easily and with gusto, impersonating Barack Obama in his way of running down a flight of stairs.

Then the scandals began.

A guy in charge of Petrojam had put his slam into a position where she’d be paid bags of money.  She wasn’t competent. She knew it, so at the first hint of scandal she ran like Usain Bolt.

The guy in charge mumbled and shuffled. Getting the scandal off the front page was the Party’s focus and somehow the public wasn’t outraged.

No one looked at the Puppy.

No one connected him with the guy’s faults. Although he had appointed him to the office, the belief was that the PM was so trusting he didn’t realise the nature of his selection.

In the next scandal, another Minister had appointed his wife, daughter, and helper to various well paying posts.  This was revealed and Court action began.  As the Minister is a big man, the case against him drags on and on.

No one blamed the PM.  Everyone assumed it was all behind his back. After all, he was just a puppy.

When Covid hit, the Puppy moved fast, locking down, slapping curfews, demanding masks and social distancing.   It seemed his quick action worked  so  the spread of the virus was limited.

But Capitalists, who owned hotels and entertainment venues began to chafe.  It didn’t take much pressure or coin to get the PM to back down.  Money speaks louder than lives, so Puppy opened many venues, claiming they were safe.

The number of Covid cases began to climb.  A few sloppy roll outs of vaccinations began, mostly in high focus areas, not in the rural parts or less known towns.

Time has passed since his landslide victory in 2020.

People have begun to notice that garbage isn’t collected, roads look as if they were bombed  . Money allegedly assigned to fix these issues seems to have gone into pockets.  Light and water lock offs increased, public transportation is pathetic.  Things are not particularly nice for the citizens.

And not just the citizens.  A a number of tourists take home Covid as a souvenir.   This is because the statistics are not published and one needs to search to learn them.

Much of the population has begun to look at the Puppy with sharper eyes  note he wasn’t a Puppy.  He was a hungry wolf pretending to be a puppy.  A wolf who actually knew a lot of what was going on but pretended ignorance.

The most recent revelation was the smashing of houses in an area where it was claimed the people were squatting.

The Puppy betrayed some knowledge by claiming the land had been sold to the people by scammers.  Not just scammers, vicious members of a Gang.

How did he know that?

Then, the M.P. for the area, who sat across the aisle brought up, at a sitting of Parliament, that he himself had seen the building of houses.  That he had informed the Sugar Corporation on two separate occasions.

In a certain voice he reminded the Prime Minister he had told him months ago.

Yet, he was ignored.

This scandal only came to light when the houses were smashed and the media took front row.

Then the Puppy, acting as if he was going to cry, spoke about building new homes for the ‘squatters’.

The public is beginning to see that this Hurt Puppy style was a ruse. That this Prime Minister may be the most corrupt in history.