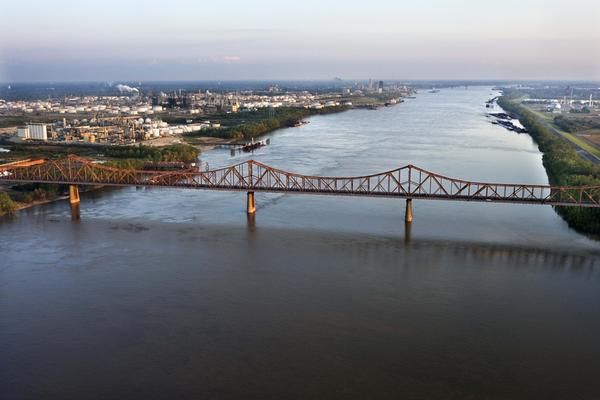 The capital of the US state of Louisiana, Baton Rouge dates back to 1699. The first to explore the area was French explorer Sieur d’Iberville. The party headed up the Mississippi River and they saw a reddish cypress pole with bloody animals and fish, marking the boundary between Houma and Bayou

Goula tribal hunting grounds. Therefore they referred to the pole and the area as “le baton rouge” or red stick. Local Native Indians had given the area the name Istrouma. From three remaining Native Indian mounds, archaeologists have discovered that habitation on the Baton Rouge area began around 8,000 BC.

The term “red stick” basically referred to “warlike” because the “red stick” communities of Indians were hostile toward white European settlers. Those settlements that were peaceful were referred to as “white stick”. Once Europeans did settle in the area Baton Rouge came under many different governing nations among them France, Britain and Spain.

Baton Rouge got a capitol building that resembled a Neo-Gothic medieval castle that overlooked the Mississippi. Baton Rouge went through a petrochemical industry boom in the 1950s and 1960s. A building boom in the city began in the 1990s. By the 2000s Baton Rouge had become one of the fastest-growing cities in the South. With a vibrant mix of cultures all over Louisiana, the city’s motto has become “Authentic Louisiana at every turn”.