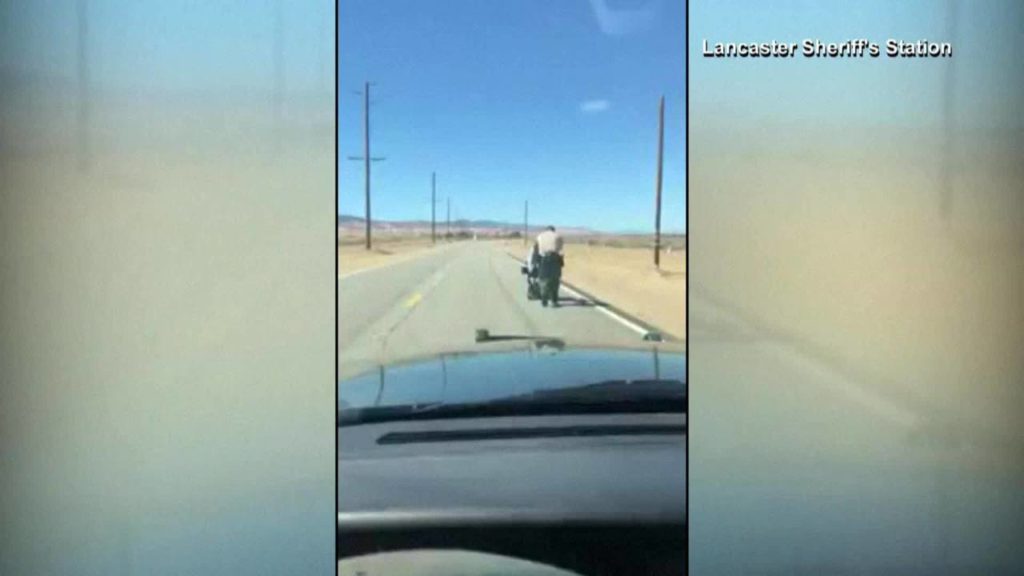 Two Los Angeles County Sheriff’s Deputies were called into assisting an elderly lady who was stranded on a wheelchair on a road who was halted when the batteries that were to move the wheelchair suddenly died.

Los Angeles County Sheriff’s Office Deputies Chapman and Montanez went up to assist the elderly lady who was stuck on the road to assist her to get her to get her home by offering to give her a ride on their squad car.

There was one problem. The lady’s wheelchair which is electronic was not able to fit inside the squad car.

Since the elderly lady did not want to leave her wheelchair behind, the next option that Deputies Chapman and Montanez agreed to do since it was a compromise so to speak was for Deputy Montanez would push the wheelchair to the home of the elderly lady which was one mile from her home in Lancaster California.

The great deed that was done by the two police officers was recorded by the squad car’s dash camera to be uploaded on social media since the national press would not have this good deed as the lead story on the evening news telecasts.

When the elderly lady whose name was not released arrived to her home, she thanked both police officers for doing their duty to serve and protect her in her time of need.