An inquisitive American woman claims to have found the monster of Loch Ness Lake without leaving her home in the US, while browsing Google Earth. 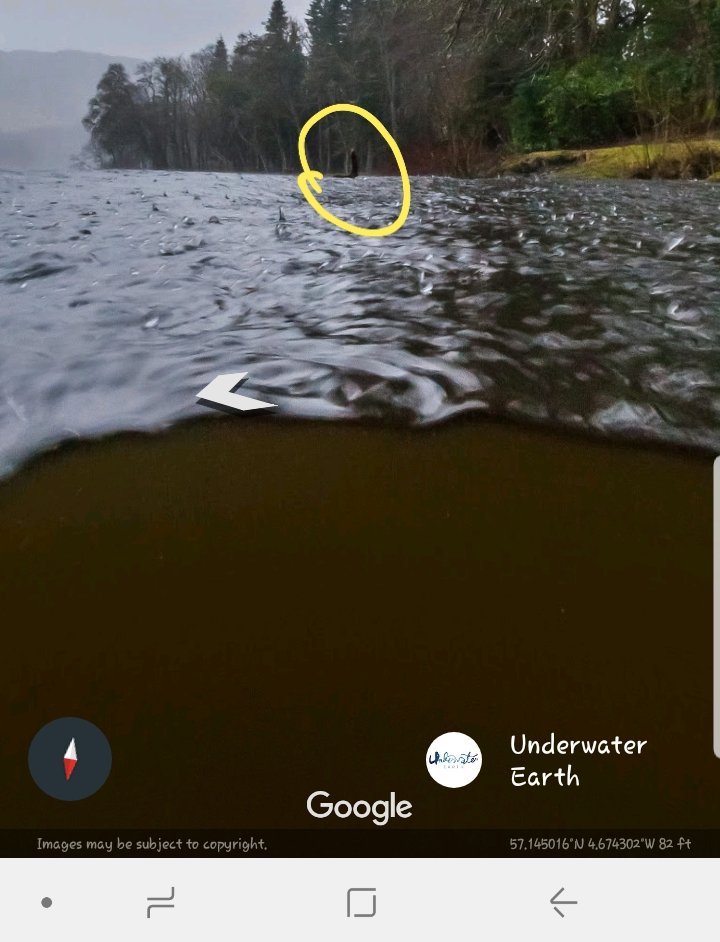 According to details she herself, Lisa Stout, of 31 years and resident of Bellevue, Ohio, found herself with a lot of free time after losing her job recently, so she spent the last weeks looking for the famous monster in images taken by the famous satellite service. , reports The Scotish Sun.

So, last Thursday, after taking her daughter to school, the woman went to look for ‘Nessie’ and her attention was focused on a series of images taken three years ago in an area near the Loch Ness Highland Resort, in Fort Augustus.

In the snapshots, says Stout, you can see something similar to what was described by tourists and residents of the region in most versions of the monster’s sighting.

It is a dark figure that protrudes from the water and is “at least 1 or 1.5 meters high ” and about 30 centimeters wide , and that Stout believes is the neck of ‘Nessie’ .

“It looks like the front of the neck, and at the top there’s a brightness on the right side that seems to be his head , while on the left side there seems to be evidence of an eye and a partial line of the mouth,” he said.

The amazing discovery has been accepted by the record  of sighting of alleged monsters in Lake Loch Ness as the ninth testimony during this year, which reaffirms the lasting interest in the mythical creature.

“I hope this image helps keep his story [of the monster] alive , since I believe that its existence will plague the imagination of several future generations,” the woman said.