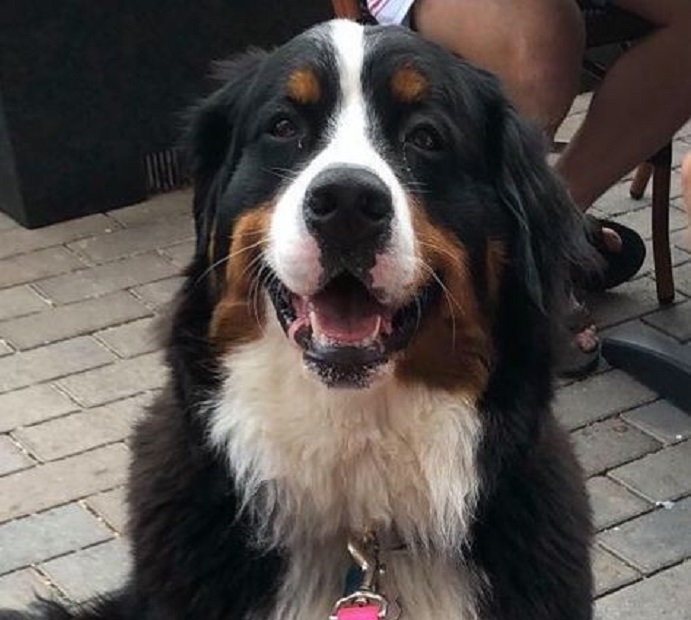 If there is one downside of having a dog as a pet, it is that dogs like humans can be scared of noises like firecrackers and thunder.

Gigi who is a one year old Bernese mountain dog was in her master’s home in Rockland Massachusetts on Tuesday evening when Gigi was scared when she heard a firecracker on the eve of the Fourth Of July celebration.

Gigi managed to run away from her Rockland on Tuesday evening due to the loud noise of a firecracker. Her owner Alicia Copeland was very sad that her worst fears would come true that her pet could be either kidnapped or rubbed out by a stranger.

Alicia used the power o social media as well as flyers that were placed in her neighborhood and surrounding areas in Rockland.

Alicia did hire pet detective Jaime Genereux who works in the New England region with the assistance of her pet Black Labrador Retriever named Dexter.

Thanks to the work of Jaime Genereux and Dexter, they were able to find Gigi safe and sound on Saturday during the daytime in the neighborhood.

To put it mildly, Jaime was very happy that pet detective Genereux and Dexter were present when Gigi reunited with her owner. Alicia cried tears of joy when she reunited with her dog after a four day separation.

Alicia admitted that the loss of Gigi was very stressful since she had fears that her dog would never see her owner again after she fled from home on Tuesday evening.