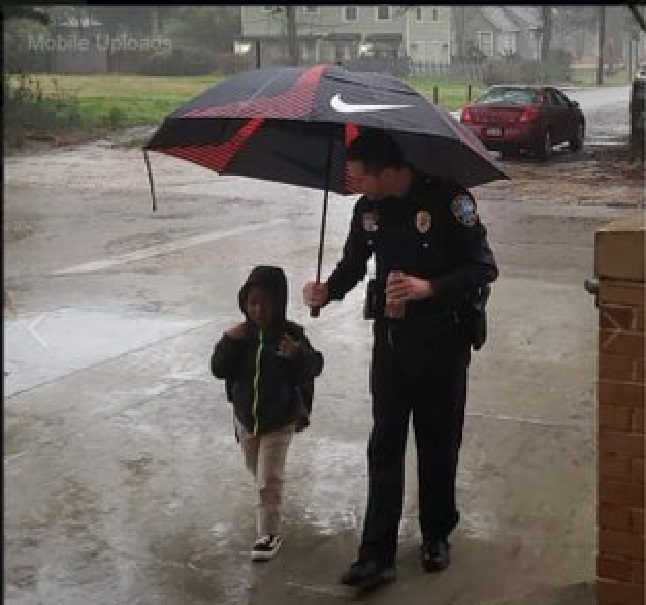 I am sure that when Slidell (Louisiana) Police Officer Will Miller came to work at a elementary school in the North Shore town of Slidell this week, he did not anticipate having someone filming his kind deed to use his umbrella to cover up a student who was walking to school during a thunderstorm in the morning.

The name of the young man who would have had a hard time getting to class during a thunderstorm that was in the school area was not released or the name of the school he is attending this week.

The image of Officer Miller using his umbrella to keep the raindrops away from the student going to his class was seen on the social media sites which is boosting the morale of the police officers in the Slidell Police Department.

It may a small kind act of kindness on the radar screen on the police stories that get reported by the media and social media but it goes a long way to show that police officers do care for people in their communities.