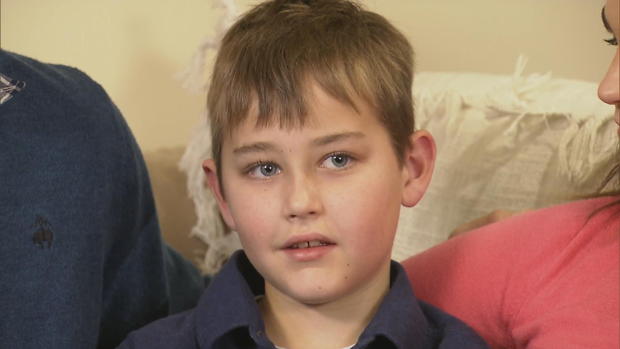 Perryn Miller and his parents went to Utah to spend some vacation time during the holidays after their home in North Carolina was taken down by Hurricane Florence to visit their relatives.

When the Miller family left their home in North Carolina, they did bring along their six month German Shepherd named Frank for the trip since they figured that they would return home in a few weeks.

When the Miller family arrived in West Valley Utah, Perryn complained about getting severe headaches which raised concern among his parents.

The doctors in West Valley Utah needed to operate on Perryn since he was suffering from a brain tumor that was caught in the early stages which would give Perryn a huge chance to live a long life after the surgery was successful.

Since the Miller family are going to be staying in Utah since the atmosphere will speed up the healing process of Perryn’s surgery to remove the brain tumor.h

Bob Reynolds who was a former truck driver who is used to making long trips as part of his job, volunteered to travel from North Carolina to Utah with Frank so he could enjoy the company of his pet dog.

The distance of travel from North Carolina to Utah which is approximately 2,300 miles, Bob was able to drive the long road with the company of Frank to reunite with his owners.

Thanks to the power of social media, Bob volunteered to take Frank from North Carolina to Utah as a favor to the Miller family.

In case the Miller family intends to return to North Carolina in the future, Bob has volunteered to take Frank back to his owner’s home.

A person who is ill like Perryn is facing his challenge needs all of the friends and positive messages from his loved ones and strangers that he can get since positive emotions heal all wounds.