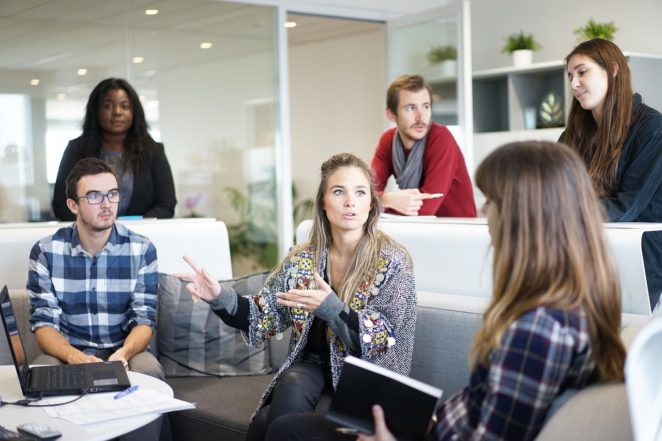 Seeing as this is an important issue that needs to be tackled head-on, there are four steps that you should take to handle political discussions more effectively:

Putting down your policy on political activities (including discussions) in writing will let your employees know what you expect of them. It will also outline what is or is not acceptable, and establish clear guidelines for employees.

The policy should cover both prohibited activities and political harassment. For example you could prohibit political paraphernalia (i.e. pins, hats) in the workplace, and restrict company resources (i.e. email, printing, internet, telephones) to be used for political purposes.

Unlike a blanket ban, you can keep tabs on most of these restrictions using WorkExaminer. As an employee monitoring software it will let you track and record internet usage, emails, and computer activity. If you are using it, it should feature in your policy as well.

Being an employer it is your responsibility to safeguard your employees who want to avoid political discussions from harassment by their more politically-driven counterparts. It is important that you actively watch for an act against harassment of any kind.

In that regard WorkExaminer can be a vital tool as it will let you monitor any harassment taking space in the digital sphere. In fact you can even set it up to look for certain keywords that could potentially indicate that an employee is being harassed.

As much as you can do your best to watch and monitor employee activity using WorkExaminer, it won’t cover all conversations and interactions that take place at the office. That is why employees need to be made aware of how they can lodge a formal complaint if they are being targeted or harassed.

The exact steps of that complaint are up to you, but it should be fair and action should be taken quickly. Initial steps could include discussing the issue with both parties (separately), investigating it further, or issuing a warning.

If there is no clear side that is at fault or it appears to be a mutual issue, conflict resolution should be the priority to deal with issues to ensure productivity.

If an employee is found to have acted inappropriately and violated the policy that is in place – you should take action. Be sure to that the disciplinary actions are consistently applied, and use progressive measures depending on the severity of the offense.

The data that WorkExaminer captures can be very useful when disciplinary action is required. It will act as hard evidence of harassment or other violations that may have taken place.

The role of employee monitoring via WorkExaminer in helping to handle political discussions in the workplace is indispensable. It is important to take advantage of its capabilities and not just monitor who is working hard and who is lazing, but the interactions between employees in the workplace.

By using WorkExaminer to track emails, web usage, instant messaging, and company resources – you should be able to nip inappropriate political discussions in the bud before they escalate. And in the cases that you can’t, you’ll have ironclad proof that the disciplinary action you had to take was justified.