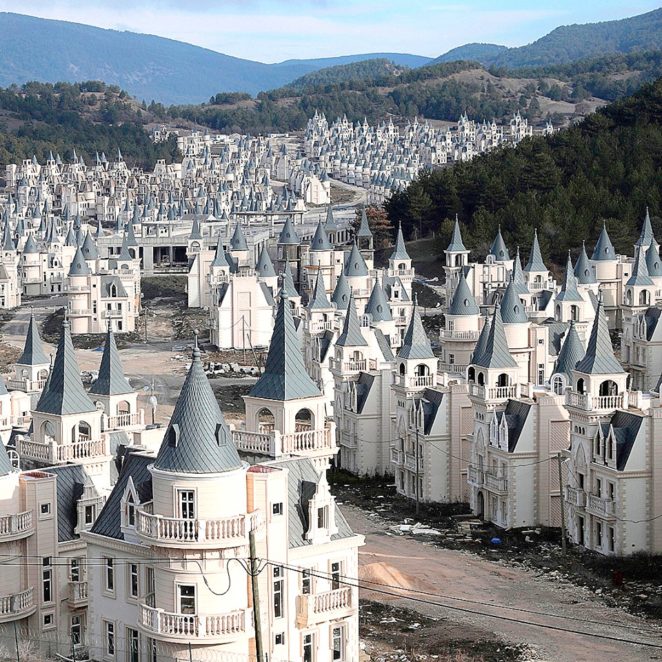 “Ghost Town” as it is now called. Burj Al Babas is a residential neighborhood near the city Mudurnu somewhere halfway between Istanbul and Ankara. Construction was started in 2014 and all buildings face the male fairytale castles primarily intended for wealthy Arabs. In the village are planned luxury shops, cinemas and other facilities lux. Due to the bad economy, that is the situation in Turkey and falling oil prices led investors to bankruptcy. To 2019 built the villa of 587 predicted 732. As they say the local connoisseurs an opportunity, it will never come to life and the price of a villa cost a little more than 300,000 euros.