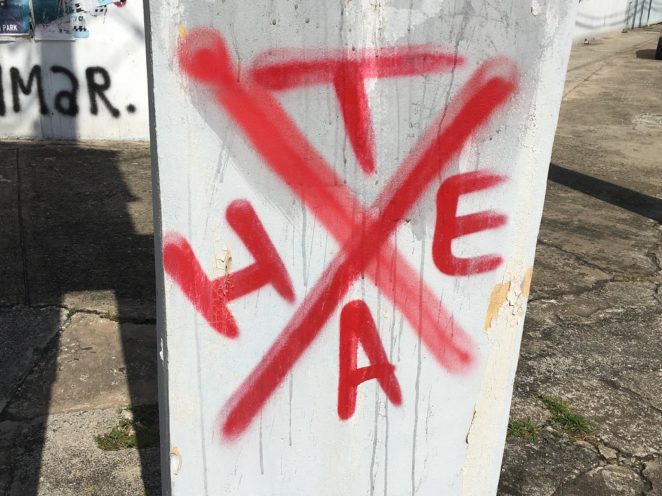 Put a big X right through the HATE (or is it HEAT?)

There has been a horrible case recently in the UK of hate mail being sent to a well-known person who has lost his long-term partner.

The Rev Richard Coles, while being a country vicar, also has a very public persona as a commentator and panellist on radio and TV. He was at one time a pop star (part of The Communards) and has also appeared on Strictly Come Dancing.

He makes no secret of being gay, and of being in a long-term partnership with the Rev David Coles, who was also a priest of the Church of England. Although they lived together, they always made it clear that theirs was a celibate relationship. David Coles died recently after a long illness.

Richard Coles has reported a deluge of letters and messages from well-wishers, full of love, sympathy and support.

However, a very small proportion of the letters he has received were of a completely different kind. These said things like “David Coles is in Hell, and you will follow him there”.

I simply cannot understand why anyone would write a letter that that. For one thing, I cannot follow the sentiment they are expressing, but even if you do not approve of gay people living together, what possible motivation could there be for writing such hateful words and posting them to the bereaved partner?

And then there is the more general question – why do people send hate mail of any kind? What do they seek to gain by doing so?