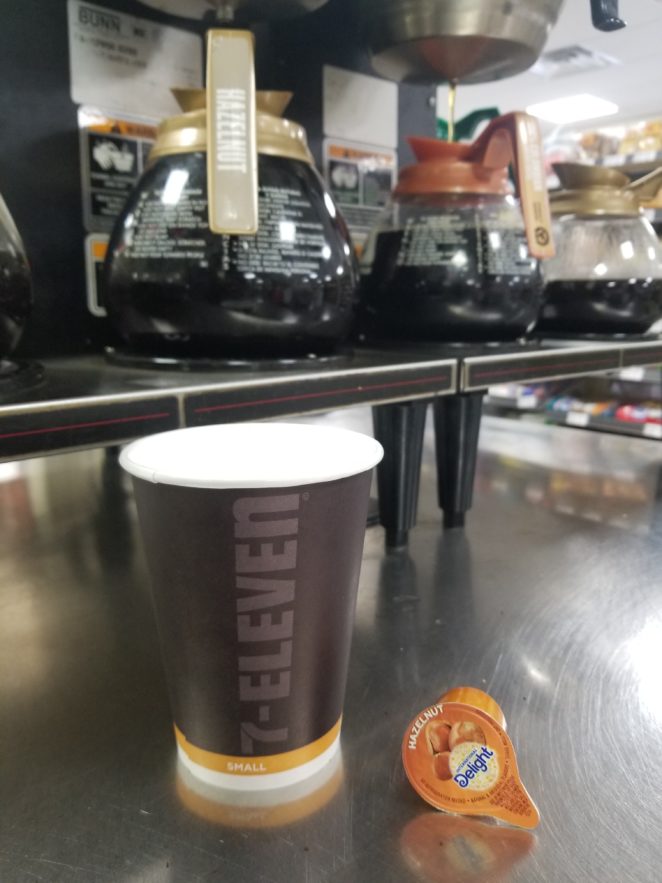 Picture eighty-one features my 7-Eleven cup & a cub of hazelnut creamer, as I wait for the hazelnut coffee to finish in the warmer. I always feel as though 7-Eleven coffee is underrated! If you have had it then you know what I mean. I, for one am totally in love with the stores hazelnut coffee.

Picture eighty-two I took at Regal City North Stadium. If you follow my writings you would know that I just recently saw the movie Bumblebee, as well as being a Transformers movie enthusiast in general after reading that short writing. Not a bad movie, it tells the story about how the robot (Bumblebee) lost his voice, as well as why the Transformers came to Earth.

Picture eighty-three features a picture I took at CTA Kedzie in East Garfield Park neighborhood of Chicago, while waiting patiently for the train to arrive, headed towards my college campus, Kennedy King College.

The statue featured in picture eighty-four was taken at Garfield Park, a park in Chicago neighborhood East Garfield Park. Robert Burns was a Scottish poet and lyricist. He was best known of the poets who have written in the Scots language.

In picture eighty-five, I ventured out to a restaurant in Logan Square neighborhood of Chicago called 90 Miles Cuban Cafe. During my visit, I had the chance to try a coffee called Cafe Con Leche, which was as tasty as it looks.

Photos shared as part of the 365 Photos Challenge.