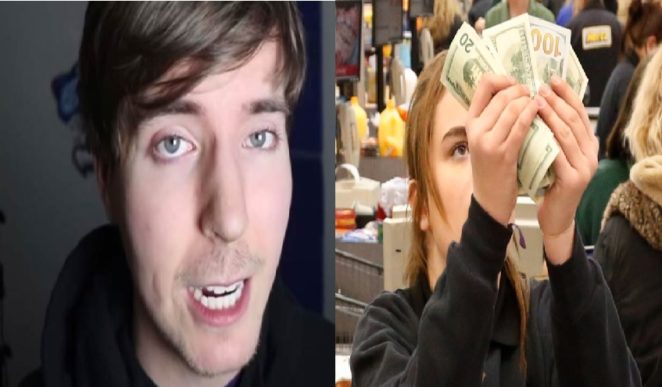 North Carolina: The Staff of Hot Dog Dinner located in North Carolina the US state was shocked at this time, when a YouTube star give $ 10,000 tip to female employee after receiving two glass of water. On internet this guy is famous of Mr Best on YouTube and 90000 Followers.

A few days ago, Mr. Beast came to Green Valley in North Carolina, and ask for two glasses or two bottles of water. After drinking water, he gave a big bag of dollars to a female employee as a cash tip. Afterwards, wen it was counted, it was $10,000 which included small and big note.

Mr Beast went out of the restaurant, after having water and placed on the money table. After this Bret Oliver, the restaurant owner told a local TV channel that the larger part of the tip money will be for the waitress, while some money will be shared in the remaining staff. He added customers are paying big tip before but we have seen $ 10,000 for the first time.