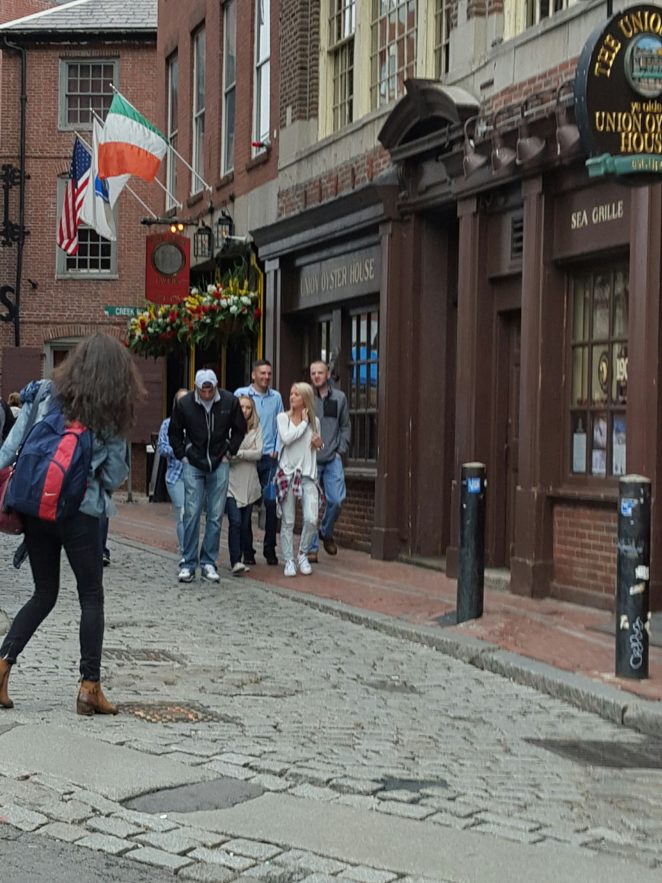 I got a phone call from my mom. My brother Peter had lost his job at the Florida Mental health Institute. He had been drinking heavily & was staying with a friend from his Vietnam Veteran”s Support Group. His friend had bought him a one way ticket to Boston & put him on the flight. Mom suspected he would arrive inebriated. She asked me to pick him up at Logan Airport. I called to see if any of my friends in Lynn where available to come for the ride. I had only one taker; David, a six foot tall waiter from the IHOP on State Street. David looked & talked like a skinny version of Morris Day, except he was into men & even though he had… seen me hit on Lucy the head waitress & Kelly, he had tried to hit on me. That was behind us, we were drinking buddies, & while I would have preferred someone sober & clinical with me on this trip, I didn’t want to do this trip on my own. I promised him dinner if he’d come to Logan & accompany us to Gloucester. At the time I thought my brother would arrive hungry & want to stop on the way home, & I would treat David wherever that was. Peter arrived, clearly buzzed & asked me to take him straight home to Gloucester. We arrived, helped Peter settle in, then left town. David & I stopped at the Jordan Marsh Restaurant in Peabody. He ordered a double Sambuca while we were waiting for our meal. David grew impatient waiting & the server told us to leave. I suggested the Lyceum, figuring they would be more comfortable with black, gay, & undefined customers. In the previous year I was kicked out of there twice  for unacceptable  displays of public affection with the women I had accompanied there.  I figured third time was a charm. We had been seated less than 5 minutes when David had called to someone across the bar, very giggly. Management was not pleased. They said, “you can stay but your friend has to leave”. I said, “that’s okay, I’ll take him home.”

David opted for a “liquid meal” at The Coachman, a bar across the street from the Hotel Edison. Kelly worked her second job there & I knew we wouldn’t get kicked out. In those days not many folks got kicked out of bars in that part of Lynn. David sucked down another double Sambuca & took off to see his friends at Dominics down the street. I got a roast beef sandwich up the street, parked my car near my house and walked back to the Coachman.    I ordered a BudLight from Kelly, left her a two dollar tip for a $1.25 beer and walked home after I was done.

barsCandy is dandy but liquor is quicker