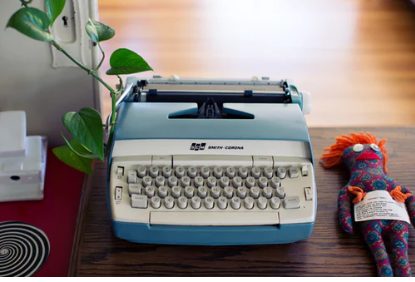 Yes, the scammers are trying to lure me in again. This is the third time in about 10 years that they target me. Not a lot of occasions, I will admit, but every time they do, my hopes get high and then just plummet down when I find out their poposal is a deception.

My very first experience with a scam was about 10 years ago when I applied for a job of mystery shopper (yes I know what you think but I was younger then and had just started trying to work online). Anyway, I (apparently) got the position. A few days later, an email arrived stating that I was to go to two or three stores to assess the service, the layout etc. and that I would be paid 400 and some CDN dollars. I though wow that is just great. The email also stated that more instruction would come via regular mail along with the paycheque. I thought again, OK paid before I finish the job, weird but just wait and see. About a week after I received the instructions along with a cheque for not just 400 CDN dollars but rather for 3000 CDN dollars. There was also instructions to deposit the cheque and keep my pay but send the rest of the money via Money Gram or another such service to another individual. I thought, wow, but I emailed the person and told her or him that yes I would deposit the money but that my bank had a (then) seven day waiting period to see if the check would clear. That person emailed me back and stated that I could and should go ahead and endorse the cheque and send the money to the third individual. I replied no I wanted and will have to wait for the seven day period. Lo and behold on the eight day, no such funds from that cheque in bank account. This was scam number one.

In 2017, I received an email from a certain Mary Osborne who, she stated worked for a French (France) medical clinic and that she had seen my profile on Translator’s Directory (a translators’ job portal) and she had a job that she wanted me to do. It was a National Geographic article to be translated which consisted of 10 pages. (I did research to see if that article had already been translated and I could not find it in French). I wrote her back saying OK and my cost which came up to about 480 CDN dollars. She accepted via email. So I started merely translating and then I informed her that I was progressing nicely. She replied great and that she was sending me a signed bank draft through email. Halt, I thought: I have never heard of a bank draft through email that I could print and deposit. Then I replied and told her no, I had previously mentionned to her that I wanted to be paid through PayPal and I reeiterated my request. She argued that she had already sent me the bank draft which I did indeed receive. Guess what: the same instructions to do with that cheque were copied exactly from the Mystery Shopping job that I (supposedly) had 10 years ago. Well I kept the bank draft as a memento just for the fun of it and I still translated the article just so I could use it in my C.V. on a personal note and did not respond to Mary Osborne’s reply emails.

Now for the third time I received an email from a Mariana Ledesma one week ago. She said that she saw my profile on ProZ (another translators’ job portal) and she had a job required an English to French Canadian translator (which I am although I am not a certified one). The paper to translate consisted of 44 pages and about 80,000 words. I replied stating I was interested and that I charge .10 CDN cent a word which would total about 8,000 CDN dollars and that, again, I wanted to be paid via PayPal. I really expected her to say no. But she accepted and told me (guess again) that she wanted all my coordinates for her to send me a bank draft. I thought no way, not again. I researched her name on the web and found several legitimate Mariana Ledesma but also that name was posted on the ProZ forum board. After looking it up I found out first that a Linda Dale was going around trying to entice translators to work for her and translate the same document as me and also a Mariana Ledesma. All the translators had the same dilemna as me: some wanted to believe those two (or maybe just one) women but most of them did not. Anyway, I replied to Mariana’s last email stating rather nastily that I would only accept payment through PayPal because I knew what she was up to and that her name and reputation was posted all across the ProZ forum board as an imposter. I also suggested to her to change the form and the wording of the scam because it had been around for ages now and it is getting very old. I just hope I did not plant an idea in her or his mind and that she or he might just try another type of scam.

Anyway, this post was totally about me and I apologize for boring some of the Virilyans here. But it gets me so upset that the scammers have chosen little old me to offer dreams and then flushing them down the drain with their ridiculous supposed remuneration. I think I will just stick with Babelcube where I translate to my little heart’s content for royalties only, even if they are very slow in trickling in. I will also stick with Virily till the end as I, most of the time, practice my translation skill here when I write my historical posts which I research in French and then write in English… Thank you all for visiting and reading…