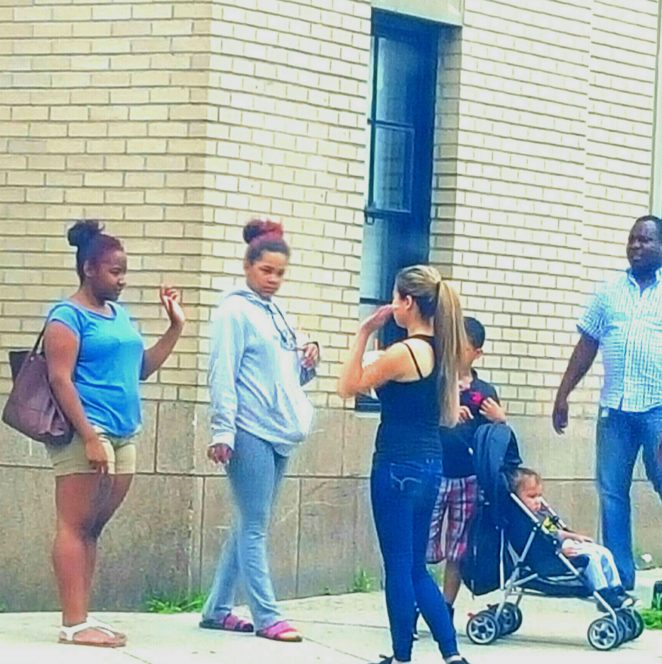 A week before I would not have imagined that I would be camped out in front of the Nuclear Regulatory Commission’s office in Washington,D.C. I had hitchhiked to Seabrook that weekend to join 18,000 protesters against the nuclear power plant under construction there. At the end of the weekend a group met on site proposing that we go to the citadel of power & sit in at the H Street NRC office. While the activists were mostly  from the antinuclear Clamshell Alliance, the action did not have the time to go through the Clamshell consensus process…henceforth the Seabrook Natural Guard was formed. I loved the idea and joined immediately, traveling with an affinity group called Amazing Potential. We got there  & with support of local D.C. groups like the AFSC and Youth International Party occupied the sidewalk in front of the NRC with 200 people.We slept on the H Street Sidewalk. They arrested 61 of us on the 2nd day at a sit in blocking their office. The next day we canvassed our local legislators. I got warm receptions from Ted Kennedy & Michael Harrington’s aides & Senator Brooke’s people were very cordial. We had teach-ins at nearby Lafayette Park. I hung out a lot that week with Kathe Camara, a student activist with the Fall River Safe Energy Alliance. I met her the night the action was organized and we became friends trading stories on the long ride to D.C.  Midway through the week we added  a new verse to the popular movement spiritual “Bright Morning Star Arisin”  It went like this : “I sleep like a baby on concrete, I sleep like a baby on concrete, I sleep like a baby on concrete, day is breakin’ in my soul…”                               .   .    …      It was a very fun, fluid kind of protest that bought out the best of people’s talents & amazingly would  conclude  with the NRC revoking the construction permit for the Seabrook nuke. It was a sweet but temporary victory.