Today I took in some old vinyl LPs my husband hasn’t used for years and only sitting on the shelf collecting dust because we don’t have a record player and I don’t see him getting out the old records to play them.

He gave me permission to well, get rid of them as most of them are “Classical music”.

Well, not many are interested in the likes of Beethoven, Mozart and Schubert etc…I do like classical music but I also like other types too…Most of what we hear is from our classical National station on the radio…one good reason, no advertisements

Well, I found a store to look at his old albums in Queen St, central Auckland, called “Real Groovy” and they sell old LPs but mainly from the 50s, 60s, 70s until people didn’t use them. While they sorted out what they wanted from my boot load of these albums I went and got a herbal tea from the “Columbus Cafe” at the top of Queen St with one “Morsel” to eat.

I was joined by some fine feathered friends. Like the pigeon on the Thumbnail. 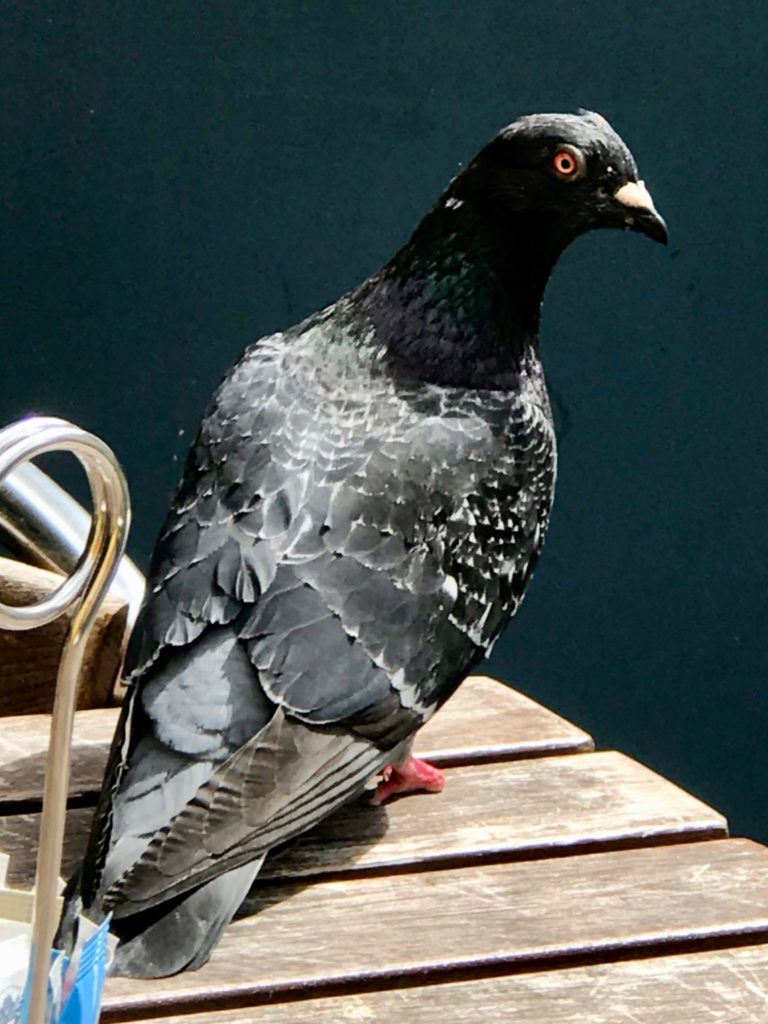 A man came out where I was sitting and started throwing some crumbs to the birds and called out, “Hoppy!” I think this is “Hoppy!” as he has some toe nails, as he said, pigeons have “accidents”

I sat by myself outside as I did not wish to spread my virus which is known as the “100 day coughing virus!” Warwick is now in hospital with that and other complications and I have the virus. It is particularly nasty and really knocks the stuffing out of you.

Anyway I haven’t been to Queen St or K’Rd for years so I will share a photo of it. 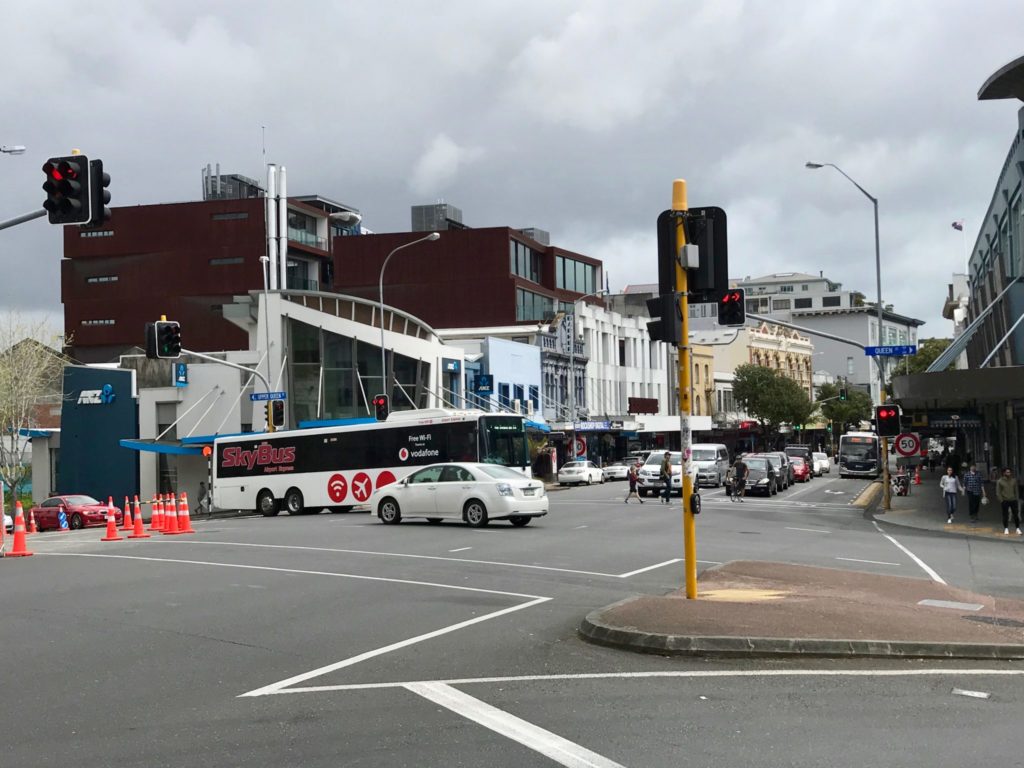 This is the top of Queen St and looking down K’ Rd- the K” short for Karangahake Road. It has been famous for it’s night clubs and strip clubs…

Some man nearly stepped out on the street and got mowed down by a speeding car. He told me that he nearly killed himself, and I told him I tried to get across K’ Rd years ago by going half way across and had 2 huge sheep trucks on either side of me with about 4 inches to spare on each side of me. I did it once and never againlll. He did not feel so bad ! 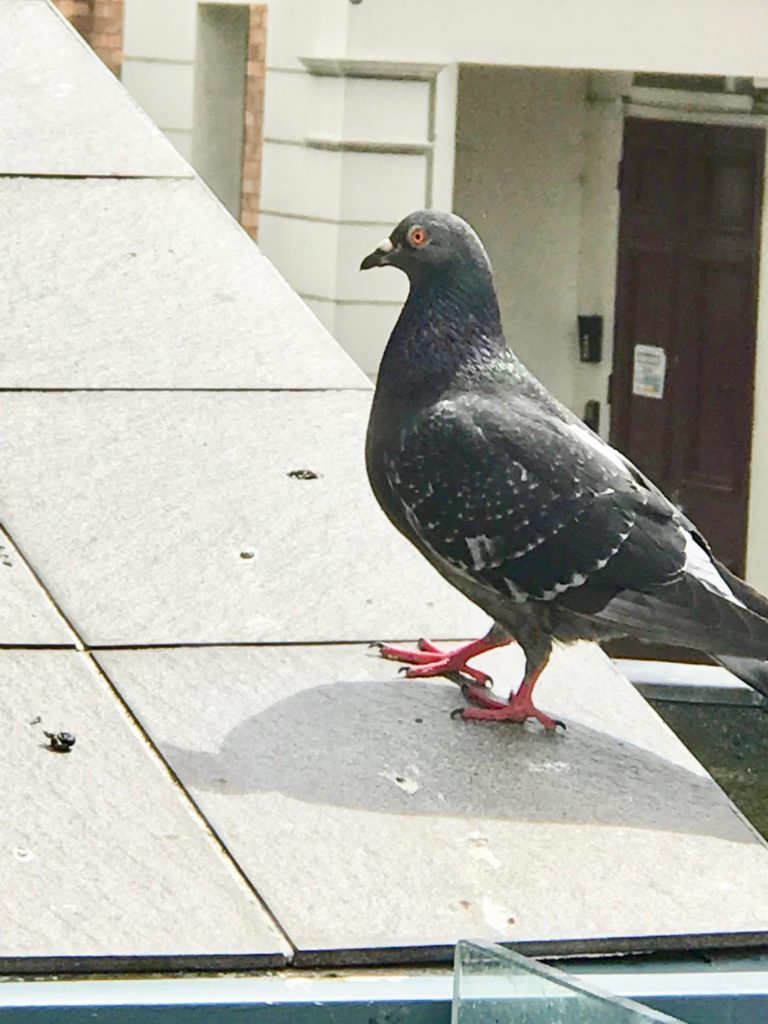 A companion hoping for a few Crumbs at Columbus cafe..He got a few crumbs… 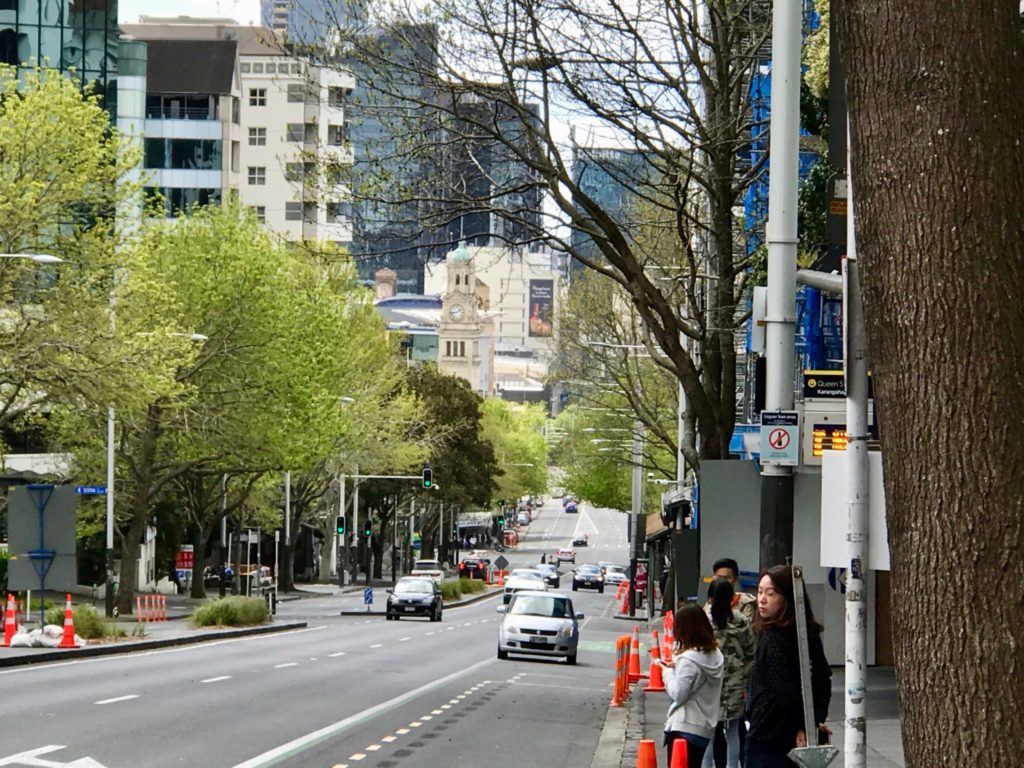 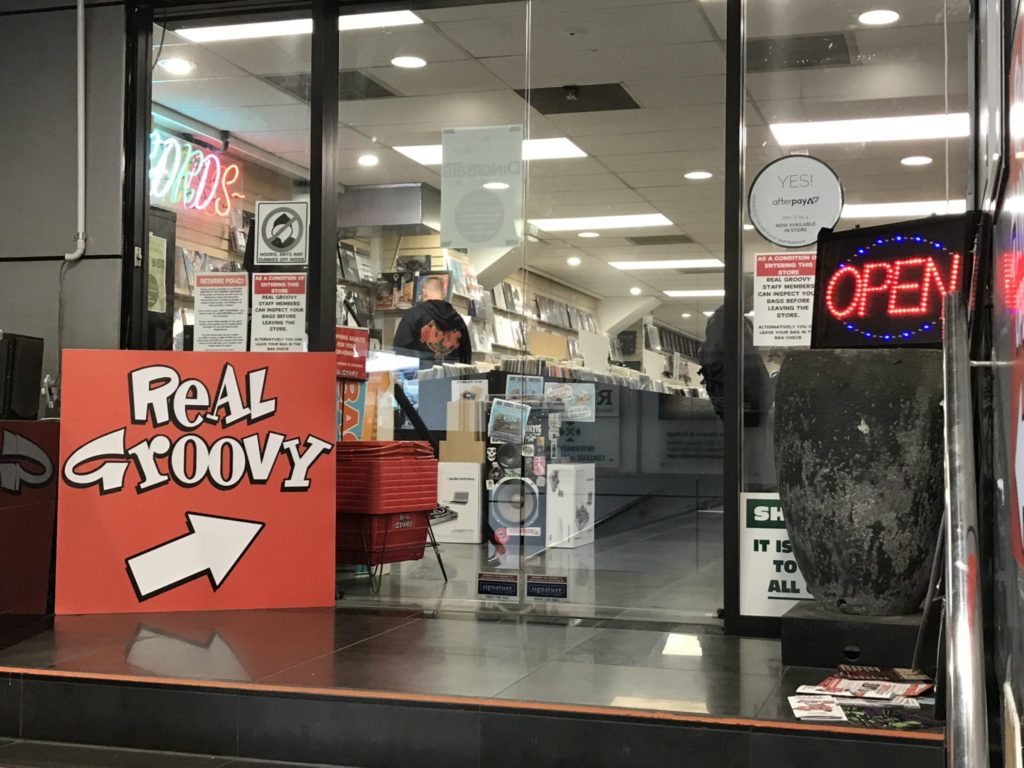 This is the shop on Queen st which took in Warwick’s old LPs and I had my car boot full of them. I also got free parking because they gave me their card on my dashboard.

Out the back is another part of the same shop which took in some of Warwick’s LPs. Yes, I made $30.00 from them. I was surprised I would get anything.

Now I still had a boot load of LPs after I visited Warwick at Auckland Hospital, and just got to a charity shop but they don’t take LPs, but they told me an antique store to take them too.

No more money but didn’t expect that, they took the lot,.

I held back one for myself of Warwick’s old LPs…Its called, “the Snow Goose!” but that is another story