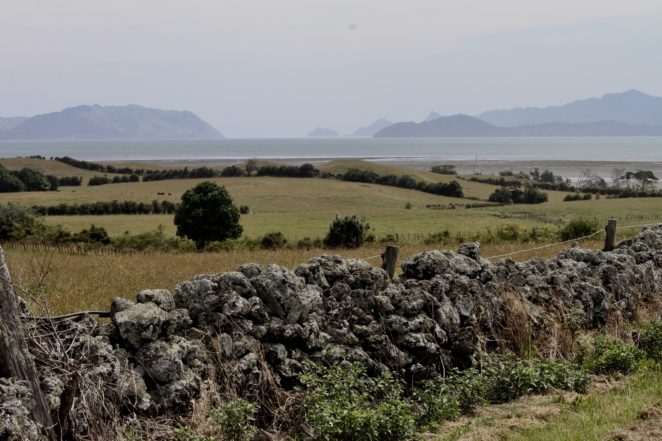 Near this area is where the legendary Maori Kupe landed. Kupe could have been one of the first Maori pioneers that came to New Zealand from the South Pacific Islands. Well, it could have been Toi Whatonga?

Some people believe that the Maoris came from the Society Pacific Islands or close to Rarotonga. Their language is close to the Maori language.

However, some have trace evidence of earlier migrations of Maori before Kupe. An estimate of 1100 or 1200.

There is a Maori village close to this place and at the moment it is under threat of New Zealand Housing Schemes, a sad loss to Fletcher building which has ear marked the land for Housing.

A huge protest but unfortunately little known about. They want to build on a Urupa a Maori cemetery which is sacred to the Maori.

It was confiscated by the Europeans on arrival in New Zealand and now today money comes first. If the housing goes on, which it is now legally said to begin, it means the death of the Maori village because they won’t be able to pay the rates to live there.

Anyway, I need to know more about the history of this place but I love the Maori village as it is, and I love this area just as is. It belongs to the Maori, and even as a European NZ, I think it should remain as it is.