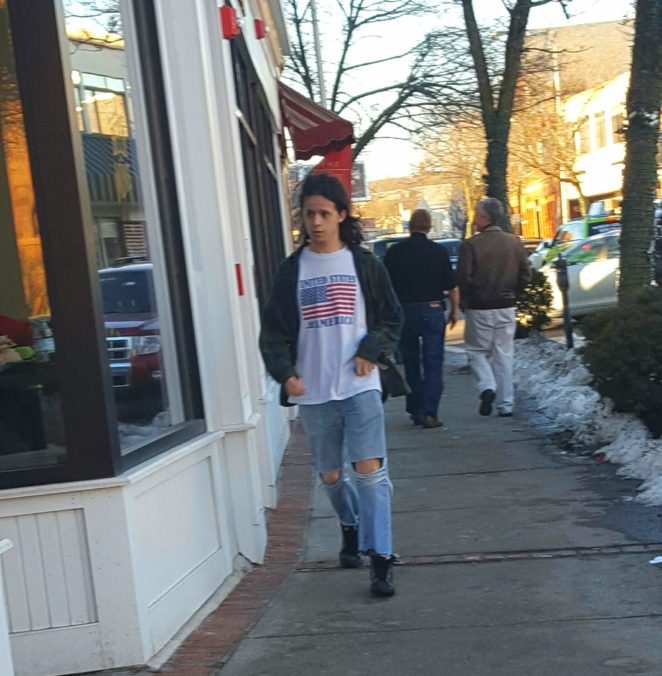 I had worked a 7-3 shift for H.E.S. in their group residence for homeless  mentally ill adults with substance abuse problems. It was an easy shift, taking a group to an A.A. meeting in Ipswich and out to buy their cigarettes, then returning for lunch and afternoon chores. When I was done I headed  to the Union Street Walgreens  in Lynn to buy Christmas Cards and toothpaste. I had driven up Chestnut Street and was about a block from my turn when I heard shouting and looked to my left. I saw this heavy set guy punch a woman in the face. She fell on the icy sidewalk and he started walking away towards Essex Street. I pulled my Dodge Sh…adow over, turned on the hazard lights & got out of the car yelling “Hey!”. The guy looked back for a second then quickly  vanished down the street. I walked over to see if the woman was okay. Her speech was slurred and unintelligible.  My first thought: she was intoxicated or strung out on Heroin. I tried to ask her what happened but she wasn’t  getting the question. Moments later a Lynn Police Cruiser pulled up with Blue  Flashing lights. I felt relieved  figuring this woman needed  some help. To my surprise the policeman began interrogating me, suspecting I was a “John” picking up a prostitute. “Why would I put my emergency lights on and park this far out on the street if I was looking for a pickup?” I responded, amazed  that after telling him I had seen a man hit this woman  he was so disinterested  in her situation. The officer searched my car which was empty except for a St. Pius Church Bulletin  and a couple of Almond Joy Bar wrappers. He made a sarcastic remark about the Church Bulletin and then asked the woman where  she was going. They had a circular conversation  & after a few minutes he told her if she couldn’t  give him an address that she was going to he was going to  take her into custody.She finally  said she was on her way to Harborloft Apartments.The officer asked me if I was driving her there.  I said “You can follow me if you want”. He sneered and got in his cruiser, then drove off. The woman then asked me to drive her to Revere. I wasn’t  thrilled about it, but figured she would probably  be safer from the guy who had hit her there than at Harborloft,  which was in walking distance. She asked me to drop her off at a convenience store near Beach Street, where she went to use the payphone. She got into a loud angry conversation on the phone & the store owner asked her to leave. She cursed him out & I  urged her to take off before  things got uglier, but she didn’t  & they did. Within minutes the Revere Police arrived & after one last effort to persuade her to leave quietly I watched as she became a guest of the town of Revere. I shrugged  and drove back home, deciding I had enough toothpaste for one more day & could shop for Christmas cards later.                                                                                                                      When I first moved to Lynn a decade earlier, an unemployed machinist introduced me to is anthem….                                                             “Lynn, Lynn, city of sin! You never come out the way you went in! You ask for a water, they give you gin. The girls tell you no but they always give in …”                                                            Living there for a dozen years I saw moments that the city lived (up?) to its image but other moments when determined kids tried to etch out a new vision for the city, and that continues to this day. It gives me hope the “City of Sin” will ultimately find redemption from its creative, fearless, idealistic youth.