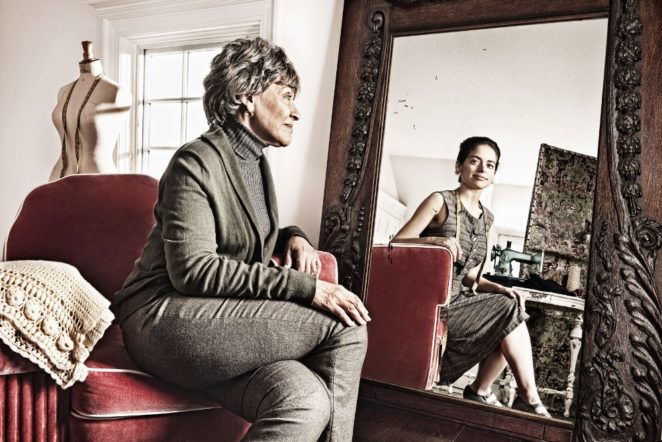 She’s overweight;  grossly overweight.  And can barely walk. Although she has her hair done and styled, and puts on the lipstick, what she sees in the mirror and what you see when you look at her are totally different images.

She was born into a rich family and grew up with her nose in the air and her last name the key to all doors. As with inherited wealth contra earned, her parents were rather unable to grasp market changes, wise investments and by the time she married, her ‘wealth’  was more memory than fact.

Her parents had sold the fancy house in the fancy neighborhood and they moved to a far cheaper place. Her husband was not earning the millions she expected to spend.

Needing to send the children to the expensive schools, and take them to the fancy places, she continued to spend money. Money she didn’t really have.

The marriage ended and she found herself homeless, because the mortgage on the house couldn’t be paid, so it was lost.

She moved into rented premises, still thinking this ‘set back’ was temporary.

Long after her children had left and gone to lie their lives as average people, she clung to her image of royalty.

She belonged to a group of has beens like herself who would stride around treating new members as dirt. New members, who could not match her behaviour to her status found her repulsive and although smiling in her face, saw through her like glass.

She would treat people far more successful than she had ever been as if they were vassals, and because it was ‘good theatre’ they’d not reject or react, but share the pomposity of a nothing with others.

She got a job and pretended it was far more important than it was.  Her boss, aware of her self-deception, fed it, then, when it reached a point, closed the business and ran with the money.   She received no severance, nothing, so obtained the services of an attorney to sue.

She continued to behave as a queen, although she had no money, and was living at the charity of a friend, then another, until, feeling sorry for her, another member of the group she belonged to, gave her a position at a manager of a guest house.

The rooms she was to occupy were not up to her standard, and she demanded all sorts of improvements, which were grudgingly fulfilled in part.