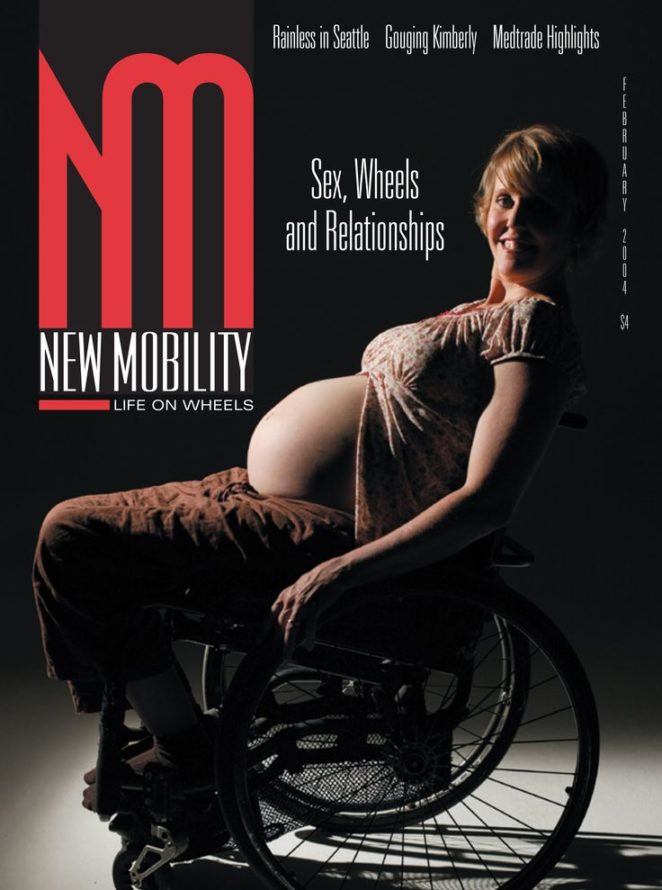 The days wherein a passionate former activist, and still trending disability journalist could earn one thousand USD from writing about attendant care, as depicted in my sole New Mobility Magazine appearance below, are no more. But what makes Helpfic different, and more charming than the rest, of sometimes dicey providers, is a sense of homogeneity among both the providers offering help, and the recipients of services, a homogeneity not available to those of us in the United States who lack the resources to hire those closest to our class.

The compassionate image depicted here by ACS Healthcare bears no reflection on reality for the urban poor with chronic conditions. The British tend to over-regulate, and remain exceedingly wary of those with mobility impairments being brought together to express love and affection all humans need. They fear criminal facilitation, not without reason, but preventing aides from allowing consenting couples to touch each other borders on the ridiculous. Baltic State culture is all to familiar with the surrealistic jolt of existential anxiety, however. This is reflected in Helpific’s poignant astonishment at how self reliant the blind or disabled can be.

You would never find Marek’s observations about “not being afraid of failure,” within the American public assistance framework, which can be burrowed under, as my investigative work was, many years ago. Whatever the differences between the liberal west, and the collective east, we can all learn something from the Estonian model’s investment in assurance and trust. Many thousands in the US lack this inexpensive luxury, to our detriment.