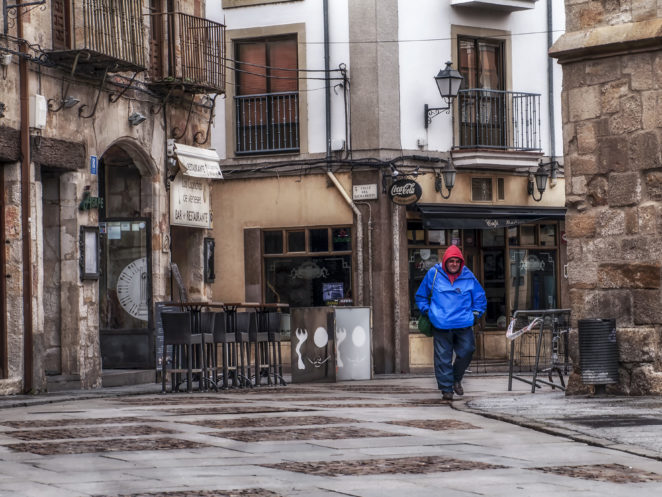 It was a cold March morning in the north of the country in a small provincial capital called Zamora. I was taking pictures of old Romanesque churches, I have always been very attracted by the centuries that we are contemplating and the ways in which they built in those times. Suddenly the man in blue came out of the narrow street, I stood watching him for a second, something told me, “this is the picture of the day”, raise the camera and take several pictures, the man passed and I greet, was an incredible moment after the image I know why.