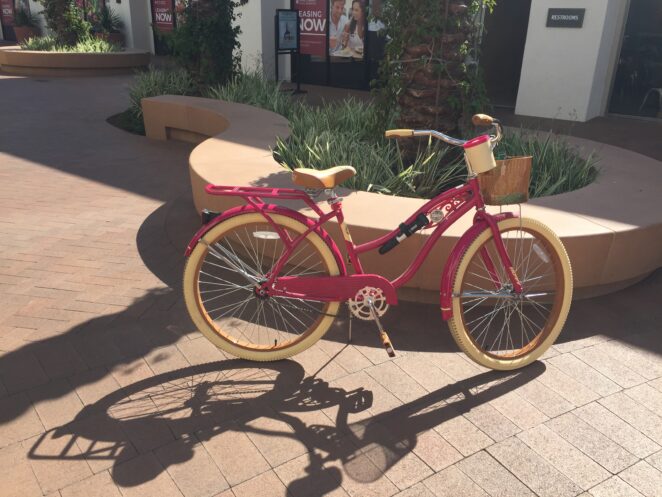 I noticed my red Karl Lagerfeld tote with NYC taxi had some wear and tear issues. The black ends of the handles were coming apart. I felt it would be difficult to glue together. So, I decided to go buy some red duct tape from Target. Since it is a beautiful sunny day with a nice breeze blowing, I decided to ride my Huffy across the street to the mini college-edition Target. It was a nice ride, even though kind of short. I took short cuts through parking lots because there are so quiet with sparse number of cars, and I rode on sidewalks because there are more cars out now, eager to live life. I had to walk my Huffy inside shopping areas, and I prefer to walk my Huffy on crosswalks because I have to get off to push the walk button anyway. When I arrived, I noticed the bike rack was full. So, I locked my Huffy against one end of the metal handlebars by Target. I found red duct tape. I bought it, and rode my Huffy on a different sidewalk route, around the other side of the street because I was bored of my usual route.

Back at home, I worked on fixing my red tote bag. 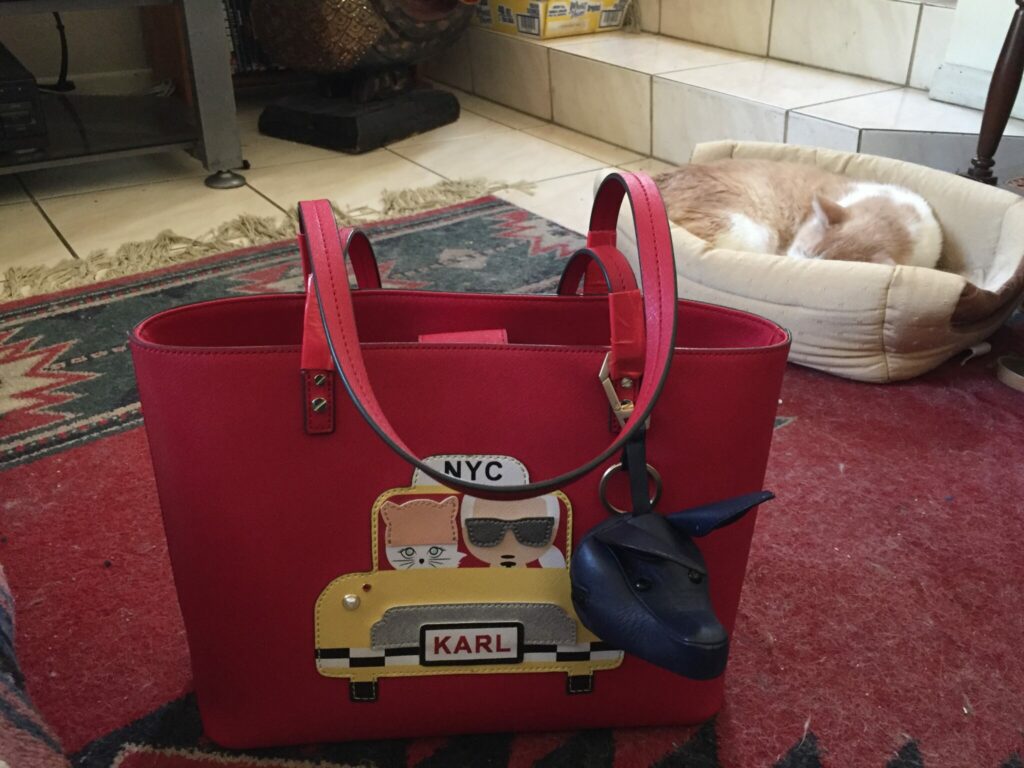 I hope it doesn’t look too bad. Totes are practical for everyday usage. Gumby is napping in his cat bed, in the background.

As I look at my tote, I realize that my Huffy is like my two-wheel errand taxi.

As I check out the Spiderman movies again because it has been playing a lot this week, I realize the message in this movies is about fighting back the greedy elites, even though the truthers like Peter Parker are often silenced and harassed by the media. Peter Parker/Spiderman was truther. He befriends wealthy scientists and tries to talk them into stopping their evil inventions, created to destroy the world. The Albert Molina character with mechanical octopus arms finally decides to die, doing the right thing by using the invention to prevent a destruction. The other character, The Green Goblin, played by Willem Dafoe, who was another wealthy scientist with futuristic, robotic invention, also fights Spiderman, even though Peter Parker was his son’s best friend. The scientist tries to convince his son to go after Peter Parker, but his son refuses to kill his best friend. These movies are about using your intelligence to improve society and life, rather than destroy it for a Zionist Elite greedy agenda. Therefore, I think that is why these Spiderman movies were very popular when they first came out.

Another interesting aspect of the movies was the creative way it was done. The movies looked like comic-style but with 3D real people instead of 2D cartoons. It was like Spiderman the cartoon or comic book, but with actors playing each scene, which gave it the light comic effect but as a movie with actors. It also had a light on-again, off-again romance, in which it is always to difficult for Peter Parker to pursue his childhood sweetheart because of his Spiderman persona to save the world. It is often hard for him to do both, be Peter and Spiderman. He has a choice, and he feels society needs him more than the woman he loves. He is like an activist, living in a small cell-like apartment and working freelance jobs as a photographer, although he is highly intelligent and he was going to college.