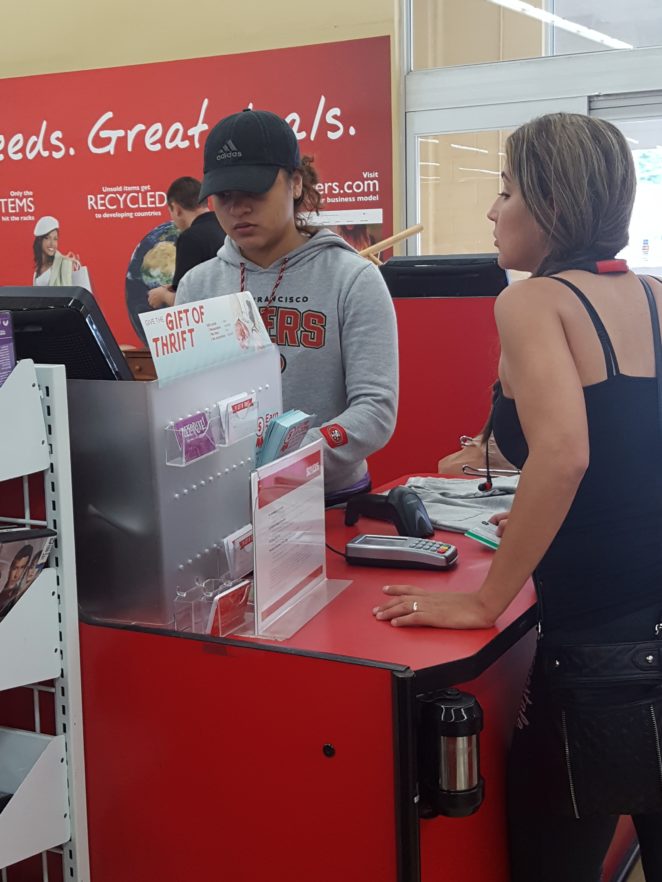 I had lived and worked in Lynn for 11 years and could say the old rhyme was quite true : “Lynn, Lynn, city of sin, you never come out the way you went in!”. I had risen from a part time Special Needs Counselor in a West Lynn group home to a Director  & Trainer, teaching staff intervention strategies to reduce episodes of aggressive behavior in the agency’s 18 group homes. I had served as Chairperson for the Greater Lynn Mental Health & Retardation Association’s Sexuality Committee, had cowritten a policy for the agency, and at one point received the Quarterly Outstanding Employee Award. After a decade of pretty decent achievements, I was finding myself dissatisfied with changed in management and general stagnation. I started to send out resumes…mostly to place in Puerto Rico which had become my favorite vacation spot.

I had been through several relationships with coworkers and had decided I was not going to ask anyone out who worked with me there. Leitha asked me out. I was surprised and a bit taken aback by her daring. I was nearly twice her age, and had only known her for a couple of months. One day she joined the Sexuality Committee. We had 4 meetings drafting and editing the agency policy. At the end of the 4th meeting, when most of my colleagues had left…she approached me. We went out for lunch. Leitha told me about her 2nd job at a Chelsea clothing store. She had a 4 year old son, lived in a terrible neighborhood, and wanted to get out.  I was impressed that she had a clear sense of direction. Nonetheless I had not expected to be dating anyone at Greater Lynn Mental Health, much less someone half my age. There weren’t many places we could go  so either we went out to eat or back to my place. Leitha told me she had been attracted to me since she was fourteen. I had to admit I didn’t remember her from then.

I learned that Leitha’s grandma was Dorothea, a lady in her mid 50s who had beat me out for a Directorship I applied for in 1984. I got hired as an Assistant Director in  a sister program 2 months later. At the time Leitha would have been 8 years old. By the time she was 14 I had been promoted to Director for a vocational program we ran. By that time there was a lot of talk as often happens in human service jobs, speculation about who I dated. I had dated several women of color and rumours circulated that I exclusively dated women of color. I was single and pretty much dated whoever I liked regardless of color, but people like to talk.

Leitha and I saw each other for a few weeks. Ultimately her 2 jobs and my seeking work away from Lynn caused us to drift apart. We didn’t fight or have a messy breakup, we just moved on. I was sad at first. I didn’t know then that something or should I say someone wonderful was about to happen, and my life would change profoundly for the better.